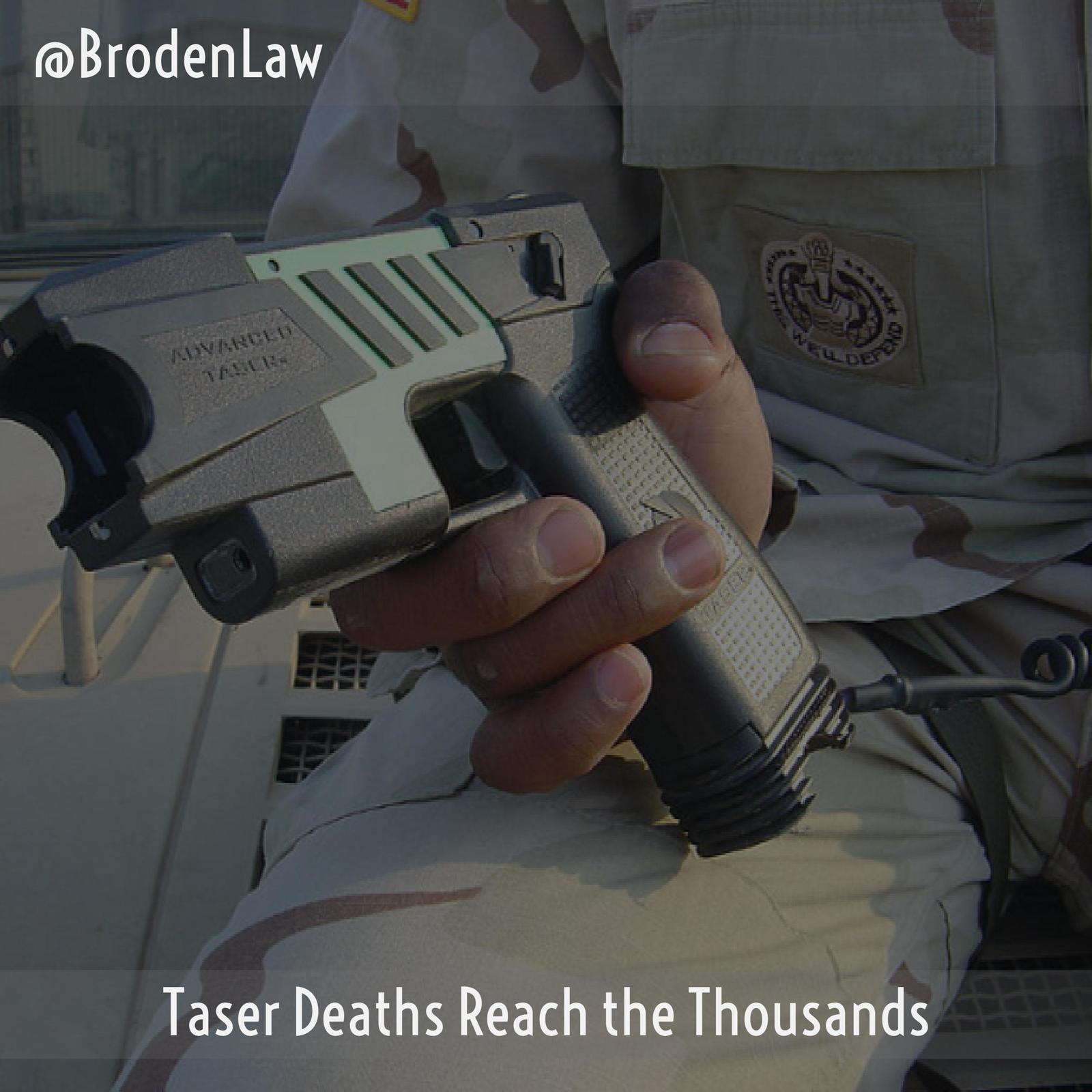 Many officers aren’t aware Tasers have the potential to kill

Tasers are often touted by police as a lower level of force than handguns, however, a 2017 Reuters report reveals that Tasers have caused over 1,000 deaths in the United States.

Although many people use “Taser” and “stun gun” interchangeably, only stun guns require direct physical contact to be effective. By contrast, a Taser gun has a range of about 15 feet. Additionally, stun guns work by emitting a high voltage current, whereas Tasers deploy two metal probes that attach to the target and emit electrical impulses that attack the motor nervous system. Because Tasers can be used from a distance, they are favored by police departments. In fact, about 90 percent of police departments in the country use Tasers.

In an August 2017 report, Reuters revealed that over 1,000 people in the U.S. have been killed by Tasers used by police officers. In some of these cases, medical examiners have ruled that the Taser was a cause or contributing factor in 153 deaths. As Reuters states, “Behind the fatalities is a sobering reality: Many who die are among society’s vulnerable — unarmed, in psychological distress and seeking help.”

In a disturbing number of cases, the report found that policed tased individuals who were unarmed and exhibiting signs of mental health problems. For example, police in California tased a man in his backyard who was screaming and ranting about demons. According to the man’s wife, who was present during the incident, the man’s manic episodes had become increasingly frequent and violent since their oldest child had died of a drug overdose three years prior. The police were notified that the man had mental health issues as they responded to the call. Although he was unarmed, police tased him. He never regained consciousness and died later. The coroner ruled that he died from lack of oxygen to the brain due to cardiac arrest.

Reuters also reports that families have filed at least 442 wrongful death lawsuits against police departments and municipalities in connection with Taser-related deaths. “In more than 60 percent of the resolved cases against municipalities, government defendants paid settlements or judgments.” Families have collected at least $172 million in Taser death cases.

Taser Warns Police Not to Fire at the Chest

Beginning in 2009, Taser started warning police not to fire the weapons at individuals’ chests. Reuters states, “Behind these legal battles is a troubling truth: Many officers aren’t aware Tasers have the potential to kill.”

As a result, some officers have continued to fire the weapons at suspects’ chests. And in over 20 percent of the wrongful death cases associated with Tasers, the deceased was in fact struck in the chest.