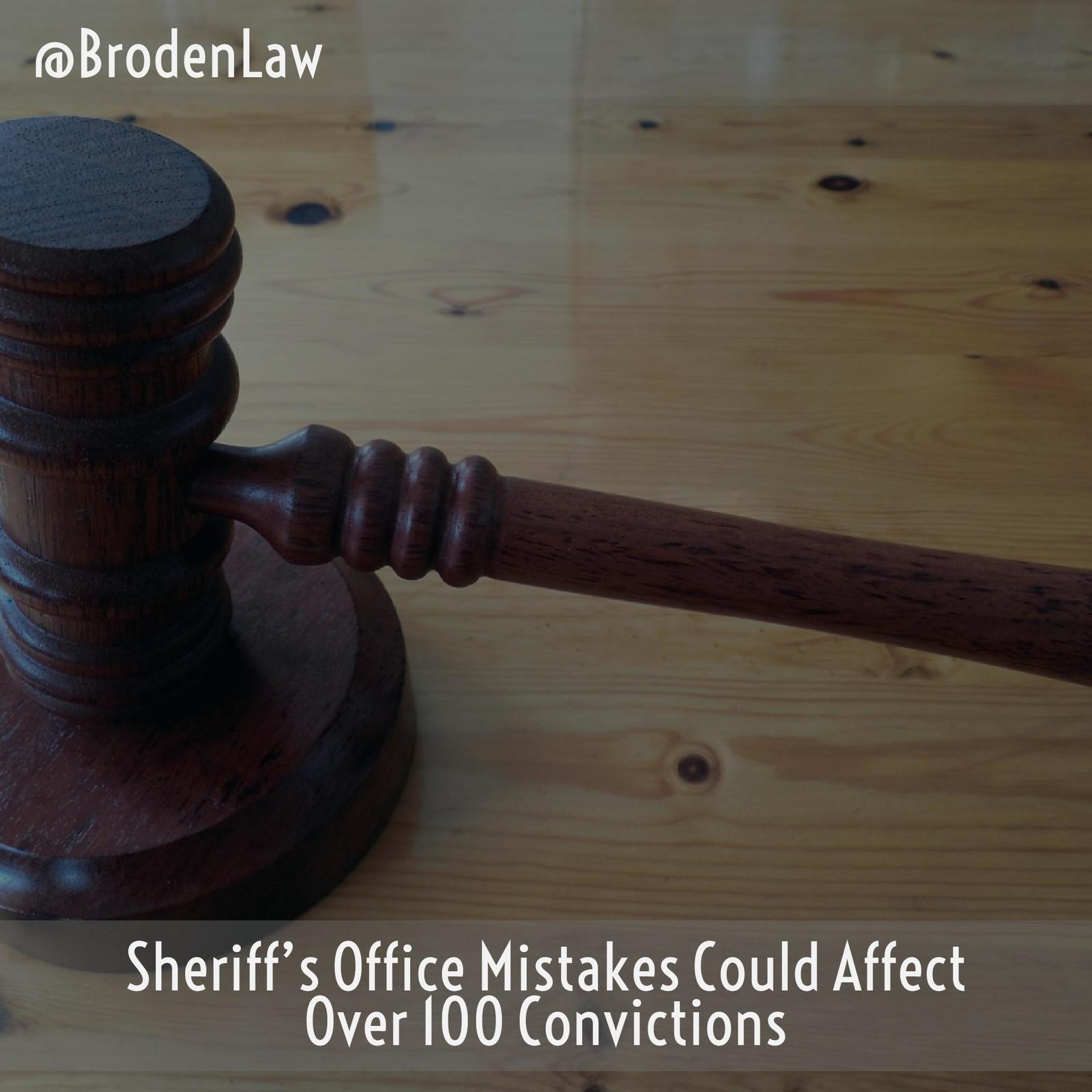 It’s terrifying to think that the nation’s most elite federal law enforcement agency could be so wrong on so many cases.

Just a few years ago, the FBI admitted that serious flaws in investigatory practices used by its forensics unit led to nearly every examiner giving inaccurate testimony in almost every single trial over a 20-year span. According to the Washington Post, “…[O]verstated forensic matches…favored prosecutors in more than 95 percent of the 268 trials…”

It’s terrifying to think that the nation’s most elite federal law enforcement agency could be so wrong on so many cases over such a staggeringly long period of time.

Now, the same type of situation is occurring in Central Florida. Media reports state that over 100 defendants could have their convictions reviewed due to flawed fingerprinting techniques conducted at an Orange County Sheriff’s Office. Even more shocking, authorities report the defective print analysis could potentially impact over 2,500 cases.

Fingerprints are used to match suspects with evidence left at the scene of a crime. As a result, fingerprint analysis is extremely useful in helping prosecutors prove their cases beyond a reasonable doubt.

But what if the fingerprinting analysis is performed by someone without the skill and knowledge to carry it out properly?

According to reports, the sheriff’s office used an Automated Fingerprint Identification System. One of the fingerprint examiners who worked with the system was transferred to a new position after his superior gave him a “below standards” rating in a performance review. Additional inquiries into his work revealed possible mistakes in over 100 cases. The mistakes include “performance issues…clerical errors, failure to identify prints of value, and the mislabeling of print cards.”

Further digging into the examiner’s personnel file shows he was prone to errors for years — possibly affecting more than 2,500 cases.

Just how common are false convictions? The answer is shocking. In 2015 alone, nearly 150 people — a record number — were freed after being convicted of a crime they didn’t commit. Among those individuals, nearly 4 in 10 were exonerated of murder. All of those exonerated had spent over 14 years in prison, and some had served more than 30 years. “Official misconduct” by prosecutors and police played a role in 65 of the exonerations.

The majority of the overturned convictions came from Texas and New York. There were 54 exonerations in Texas and 17 in New York. According to a New York Times report, one of the reasons Texas and New York had such high numbers of exonerations is that two district attorneys in these states launched broad efforts to uncover mistakes and review questionable convictions. A spokesperson for the National Registry of Exonerations stated, “If that same effort were put in across the country, we’d find many more of these cases.”