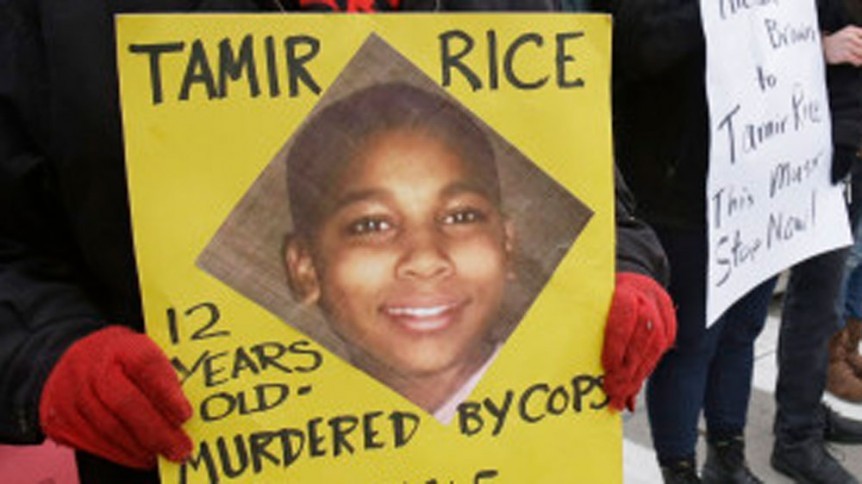 Federal criminal lawyer Mick Mickelsen discusses the recent decision of a grand jury not to indict an officer in the shooting death of 12-year-old Tamir Rice.

Federal criminal lawyer Mick Mickelsen discusses the recent decision of a grand jury not to indict an officer in the shooting death of 12-year-old Tamir Rice.

A grand jury has decided not indict two police officers in connection with the shooting death of 12-year-old Tamir Rice. Attorneys for the officers in the controversial case defended their actions regarding the 2014 incident saying that they were reacting to the perceived threat of a “guy” waving a gun.

“CLEVELAND - The two police officers cleared Monday of criminal charges in the November 2014 fatal shooting of Tamir Rice reacted based on what they knew at the time, that a "guy" was waving a gun and pointing it at people, their attorneys said Tuesday.”

Cuyahoga County Prosecutor Tim McGinty said following the decision that the evidence that the boy was drawing an item from his waistband that was not a firearm is “indisputable”; however there was not a way for the officers to determine that immediately at the scene.

“CLEVELAND - A grand jury declined to indict a white rookie police officer in the killing of 12-year-old Tamir Rice, a black youngster who was shot to death while carrying what turned out to be a pellet gun, a prosecutor said Monday.

Cuyahoga County Prosecutor Tim McGinty said it was "indisputable" that the boy was drawing the weapon from his waistband when he was gunned down -- either to hand it over to police or to show them that it wasn't a real firearm. But McGinty said there was no way for the officers on the scene to know that.”

The Legal Difference Between Human Error and Crime

The incident was recorded by a surveillance camera, and the video was publicly released shortly after Rice’s death, igniting protests across the nation. Several demonstrations have been held recently as well due to the perception that the grand jury’s decision and the prosecutor’s sentiment about the case are racially motivated. However, some legal experts point out that there are challenges in determining the legalities of a controversial police shooting. When related charges are filed, grand juries must rely on the facts they are presented with, not what is reported in the media. According to Texas based criminal defense attorney Mick Mickelsen, who is not connected to the Tamir Rice case, this doesn’t always bode well for calming public outrage in criminal cases such as this.

Says Mickelsen “there have been many cases throughout history where a grand jury decision dramatically differs from what the general public believes it should be. It is typical when a case has garnered widespread media attention and those accused have already been tried in the court of public opinion. In this case, there are factors like the age of the child killed and comparisons to other high profile police shooting deaths that have elevated public sensitivities about the judicial process involved, making many want a different outcome.”

The Dallas based criminal lawyer further suggests that in cases like this it is important that public sentiment does not influence judicial decisions in such a way that a defendant’s actions that are within the bounds of the law are treated as crimes. McGinty is quoted as referring to the incident as “a perfect storm of human error” but not a crime.