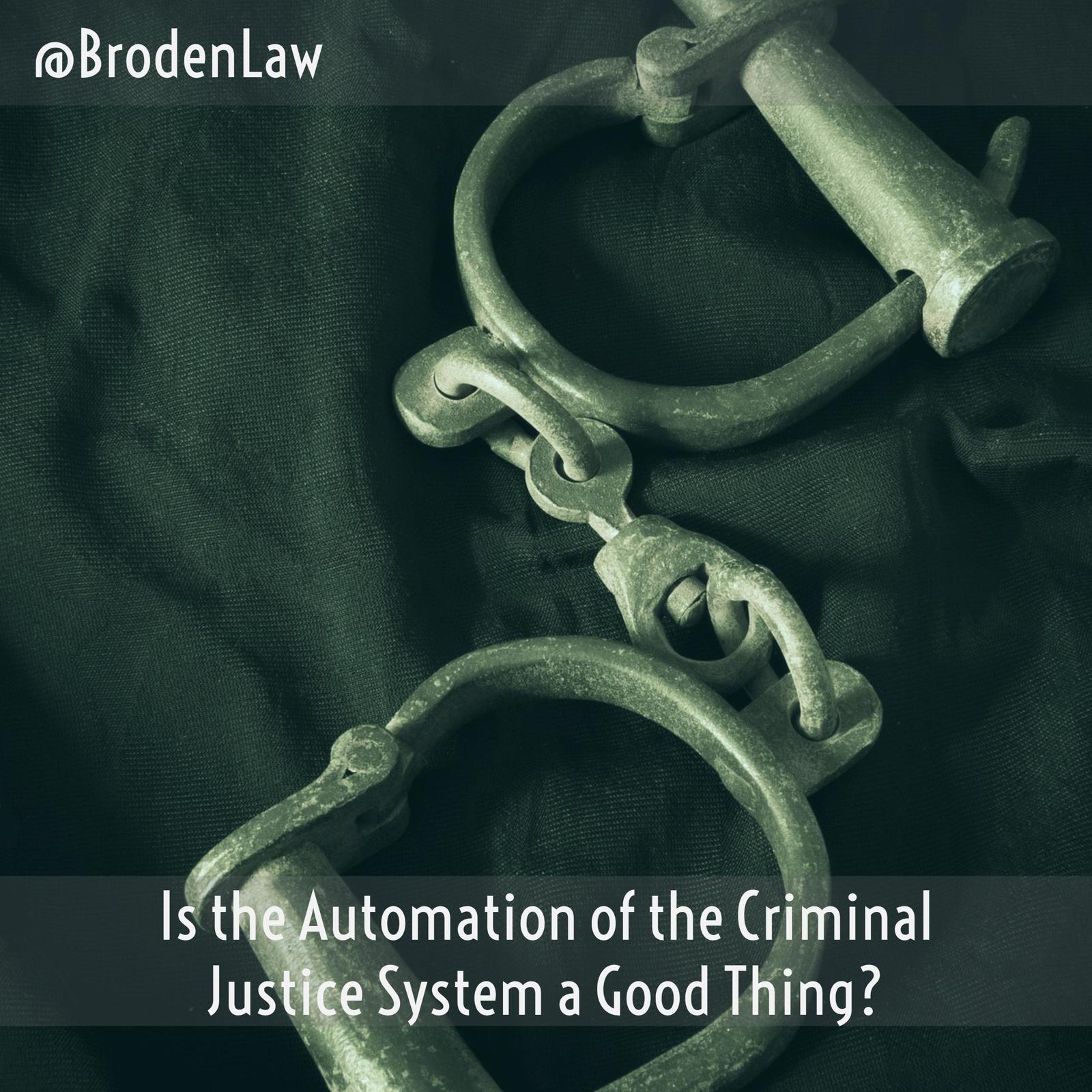 Is the Automation Of The Criminal Justice System A Good Thing?

Technology often makes life easier, but is it always a good thing?

Computers have become such an integral part of daily life that it’s hard to imagine life without them. It’s also hard to believe that just a few decades ago there was no email or internet.

Today, however, technology plays a major role in nearly every industry, including the criminal justice system. According to a New York Times report, computer systems and artificial intelligence have been integrated into every stage of the criminal process, including arrest, police investigations, evidence, sentencing, and parole. “Audio sensors generate gunshot alerts. Forensic analysts use probabilistic software programs to evaluate fingerprints, faces and DNA. Risk-assessment instruments help to determine who is incarcerated and for how long.”

Technology often makes life easier, but is it always a good thing? As the report points out, part of the problem is that these technologies are manufactured by private companies. Because these companies are for-profit enterprises, they view the details behind their products as trade secrets. As a result, they are often reluctant — if not outright unwilling — to reveal data about the prisons and jails where their technology is in use.

In one case, a man in a New York state correctional facility was denied parole despite having a near-perfect rehabilitation record. The mistake was due to an error in the computer program used to administer parole. Fortunately, the man discovered the error on his own. But should it come down to inmates to identify flaws in the prison’s computer systems?

In another case, a defendant in California was sentenced to life in prison without parole for several burglaries. He proclaimed his innocence throughout his trial. The prosecution based its case on DNA evidence obtained through a software program called TrueAllele that supposedly used algorithms to assess DNA collected at crime scenes.

When the defense counsel tried to gain access to the code behind the program, the judge denied it based on the company’s assertion that its source code was a protected trade secret. As many criminal justice advocates have pointed out, this has the potential to have a serious chilling effect on criminal defense. For example, if a breathalyzer machine is incorrectly calibrated, it can result in a wrongful conviction. Why shouldn’t the same hold true for a computer program? If the algorithms are flawed, innocent people could be sent to prison. As the report points out, “The law is designed to stop business competitors from stealing confidential commercial information, not to justify withholding information from the defense in criminal proceedings.”

Have you been charged with a crime? Are you facing prosecution? Don’t leave your case or your future to chance. Get in touch with an experienced Texas criminal defense lawyer as soon as possible to protect your rights.