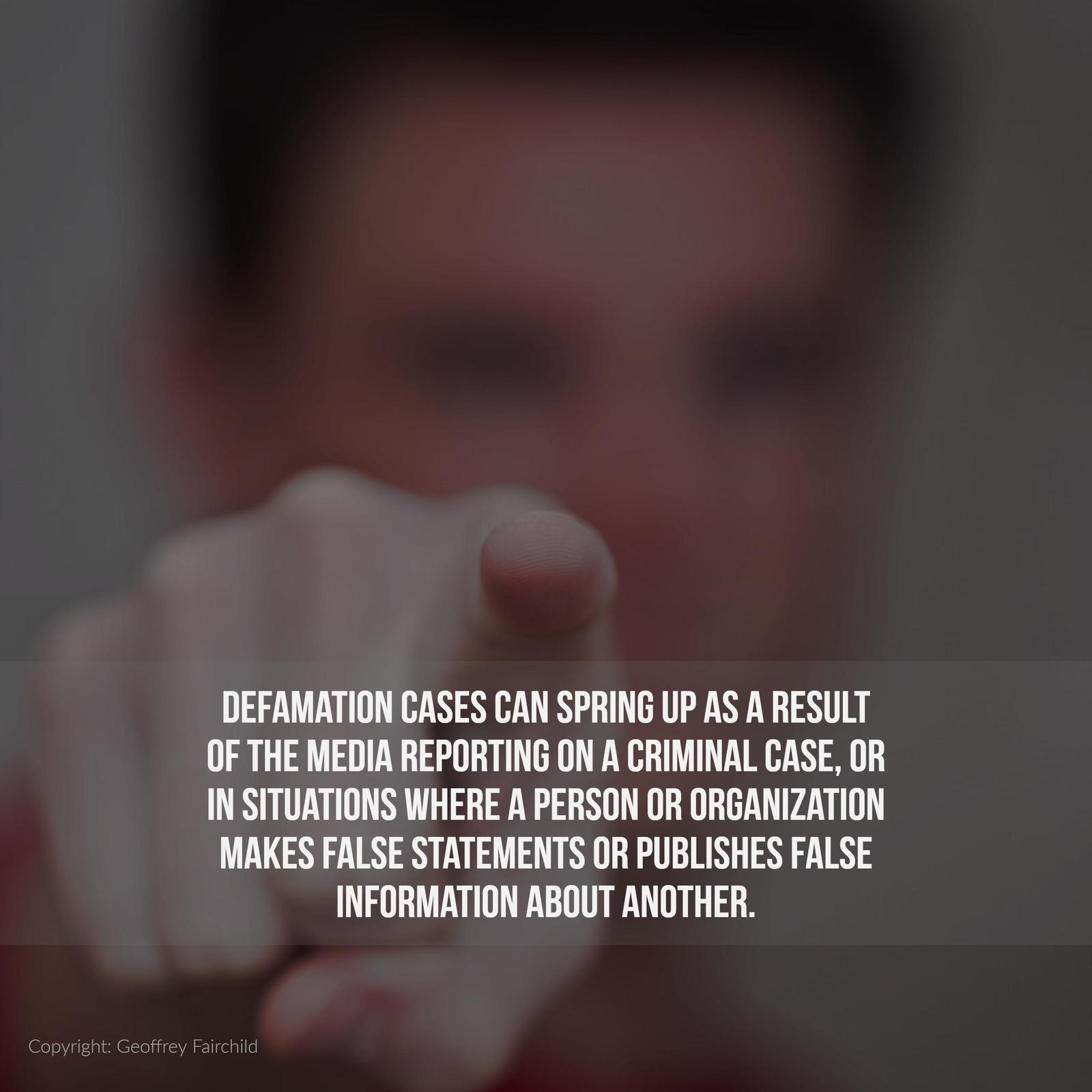 How Defamation Can Play a Role in Criminal Cases

If you have been charged with a high-profile crime, defamation could play a role in your case

The media has taken something of a beating from both political parties this campaign season. The debate over what constitutes “fair” or “accurate” reporting has highlighted why it’s so important for the public to be able to trust what they read in print and online, as well as what they hear news reporters say on television. After all, the media is often referred to as the “fourth estate”—meaning it is regarded as almost a fourth branch of government because it is so important for a thriving democracy.

Sometimes, however, journalists go too far. Although the media enjoys broad protection under the First Amendment, they are required to publish factual information. When journalists intentionally publish defamatory stories, they can be held legally accountable for engaging in something called “actual malice.”

Under a theory of actual malice, a publication—and often the author of a story or report—is liable for publishing material it knew was false, or published the material with a reckless disregard for the truth.

Recently, Rolling Stone magazine was hit with a major decision in a defamation case in a federal court in Virginia. The case was brought by a former dean of students at the University of Virginia, who was called out in a story published by Rolling Stone as being a “chief villain” in an alleged widespread rape cover up on campus.

The problem was that the story relied on just a single source—a woman called “Jackie” who was quoted in the story. Later reports revealed that the local police who investigated the woman’s account of a brutal on-campus sexual assault found no substantive evidence to support her claims.

A journalistic review of the story performed by the Columbia Graduate School of Journalism stated that Rolling Stone failed to engage in “basic, even routine journalistic practice.” In response, the magazine retracted the story.

However, the damage to the dean of students’ reputation was done. A lawyer for the dean stated: “This is a case about journalism; it’s not about rape or whether Jackie was assaulted at a fraternity house. It’s about what happens to real people … when they become collateral damage in a quest for sensational journalism.”

The dean of students has asked for $7.5 million in damages, which a jury will decide.

Defamation—which includes both libel (print) and slander (spoken)—is a civil matter. However, defamation cases can spring up as a result of the media reporting on a criminal case, or in situations where a person or organization makes false statements or publishes false information about another. Perhaps one of the most infamous examples of this is the sexual assault case involving members of the men’s lacrosse team at Duke University. Several players and coaches later settled defamation lawsuits against the university and the prosecutor involved in the criminal case after evidence revealed that the prosecutor manipulated evidence and withheld DNA test results exonerating the accused players.

If you have been charged with a high-profile crime, defamation could play a role in your case. Get information about your rights by speaking to a Dallas criminal defense lawyer today.