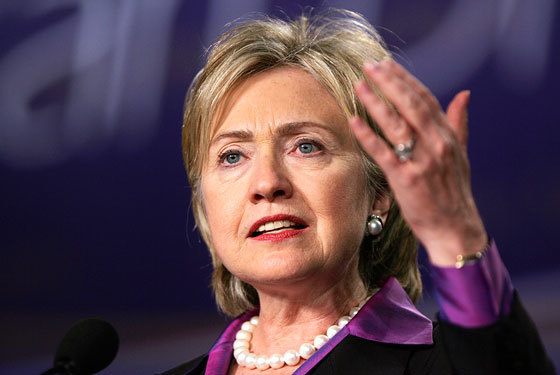 Emerging as a frontrunner in the first Democratic presidential debate recently, Hillary Clinton has also been the focus of major controversy over private emails that some suggest may evidence criminal activity. Earlier in the year, Clinton’s practice of using her own private email address and server came under public scrutiny as concerns were raised about how some classified information may have been handled in the process. According to Clinton, her use of the email was consistent with the practices of former Secretaries of State and at the time permitted by law.

However, some reports say that Clinton has now been advised to seek legal counsel in the matter in the event that she is indicted on related charges.

“One of the Clintons’ oldest and most trusted legal advisers has urged Hillary to hire a criminal defense attorney to represent her in case she’s indicted for mishandling classified documents on her private email server and for lying under oath.”

No charges have officially been filed, and reports say the FBI probe of the emails could be wrapped up by the year’s end; however, many in the general public have been left with questions about the legalities of the case. Topping the list of questions is was there an actual crime committed? According to Dallas federal criminal lawyer Mick Mickelsen of the Broden, Mickelsen Helms & Snipes criminal defense law firm, this is an example of the type of case that gets tried with more vehemence in the court of public opinion, as opposed to actual criminal courts. The Dallas criminal lawyer says that examining the federal laws that govern mishandling classified information can help those who are confused about the issue understand the legalities concerning the actions of the former Secretary of the State in assessing the likelihood of federal criminal charges being brought against her.

What Laws Govern the Federal Crime of Disclosing Classified Information?

Dallas federal criminal lawyer Mickelsen says that in the United States, under 18 U.S.C. Section 709(b) classified information is defined as that designated for national security purposes by a U.S. government agency and must have restricted distribution. Those given access to it are directed to sign a nondisclosure agreement in acceptance of accompanying obligations. In accordance with multiple sections of the United States Code, which is the penal and criminal code of the United States federal government, breaching the agreement could constitute various types of criminal law violations.

Although some provisions ban gross negligence when it comes to handling information that is deemed classified under the standards of Executive Order 12958, most require that those accused of a violation knowingly mishandled the information. Says Mickelsen “in the case of Clinton, this element will likely be the most critical in determining whether federal criminal charges against her will be pursued.”

Time will tell whether the investigation reveals if Clinton’s behavior constitutes a criminal matter or if a security breach occurred as a result of any alleged oversight on her part. However, it is important that individuals who have been accused of such violations understand the legal options available to them for ensuring they receive the best legal defense possible for their case.

Those who have questions about their legal rights concerning these and other types of federal criminal cases can contact the law firm of Broden, Mickelsen Helms & Snipes directly by calling 214-720-9552 for more information.