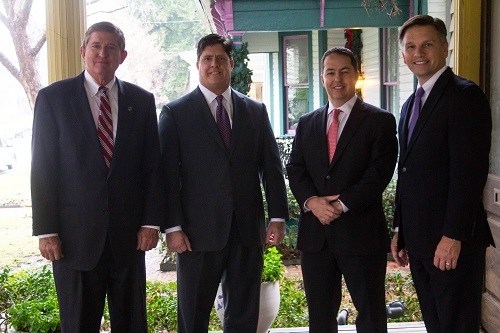 Texas criminal defense experts discuss factors concerning the impact the “war on drugs” has had on society.

According to the Texas Department of Safety drug possession is one of the most common crimes individuals are convicted of in Texas state and federal courts. FBI crime statistics from 2012 show that possession arrests accounted for 82.2 percent of all drug arrests.

Some have attributed the statistical outcome to the purported politically motivated “war on drugs” over the past few years that led to a dramatic increase in the number of people incarcerated for drug offenses in the United States. According to data from the Bureau of Justice Statistics, from 1980 to 2013, the number of individuals placed in state prisons for drug offenses in the country grew from 19,000 to 210,200. In federal prisons, the number increased from 4,700 to 98,200.

Some call this growth a victory for the cause, or an indication that a widespread drug problem is being handled well. However, because the majority of those in these groups are not deemed high-level offenders or who have had no prior violent criminal history, many question whether the so-called “war on drugs” is actually full of casualties.

According to The Sentencing Project, an organization that works to reform drug sentencing laws, a major issue that has led to a number of individuals being convicted and incarcerated for drug possession for lengthy periods of time is the disparity in sentencing laws for crack and powder cocaine offenses, which the organization says for a long time were unfair. Prior to the passage of the Fair Sentencing Act in 2010, individuals convicted of crack cocaine possession were sentenced to longer prison terms than those convicted of powder cocaine possession. The disparity was reduced by the measure from a ratio of 100-to-1 to 18-to1.

There has also been a five-year mandatory minimum for those convicted of simple possession of crack cocaine. The 2010 act resulted in the abolishment of the minimum requirement; however, the new rules did not apply to the cases of thousands of people that remain in federal prisons today as a result of the old laws.

In addition, the new laws still do not treat crack and powder cocaine as being the same drug. Another organization dedicated to reforming related disparities, FAMM (Families Against Mandatory Minimums) says on their website of the issue, “The FSA’s alterations to crack mandatory minimum sentences were not made retroactive – something only Congress can do, by passing legislation.  This has left thousands of federal crack cocaine offenders in prison today serving mandatory minimum terms that Congress, the President, and the country have now repudiated as unfair and racially discriminatory.”

How Those Accused of Drug Offenses Can Protect Their Legal Rights

Drug possession is a difficult charge to fight; however, with a good drug possession attorney on one’s side, a favorable outcome can be obtained. Challenging the means at which evidence was obtained, or building one’s case for innocence another way can help one avoid serving jail time. Continued support for the reform of related laws is also an important step. Those who are charged with a drug possession offense should take their circumstances seriously to avoid dire consequences that can be overcome with the aid of the right legal support.