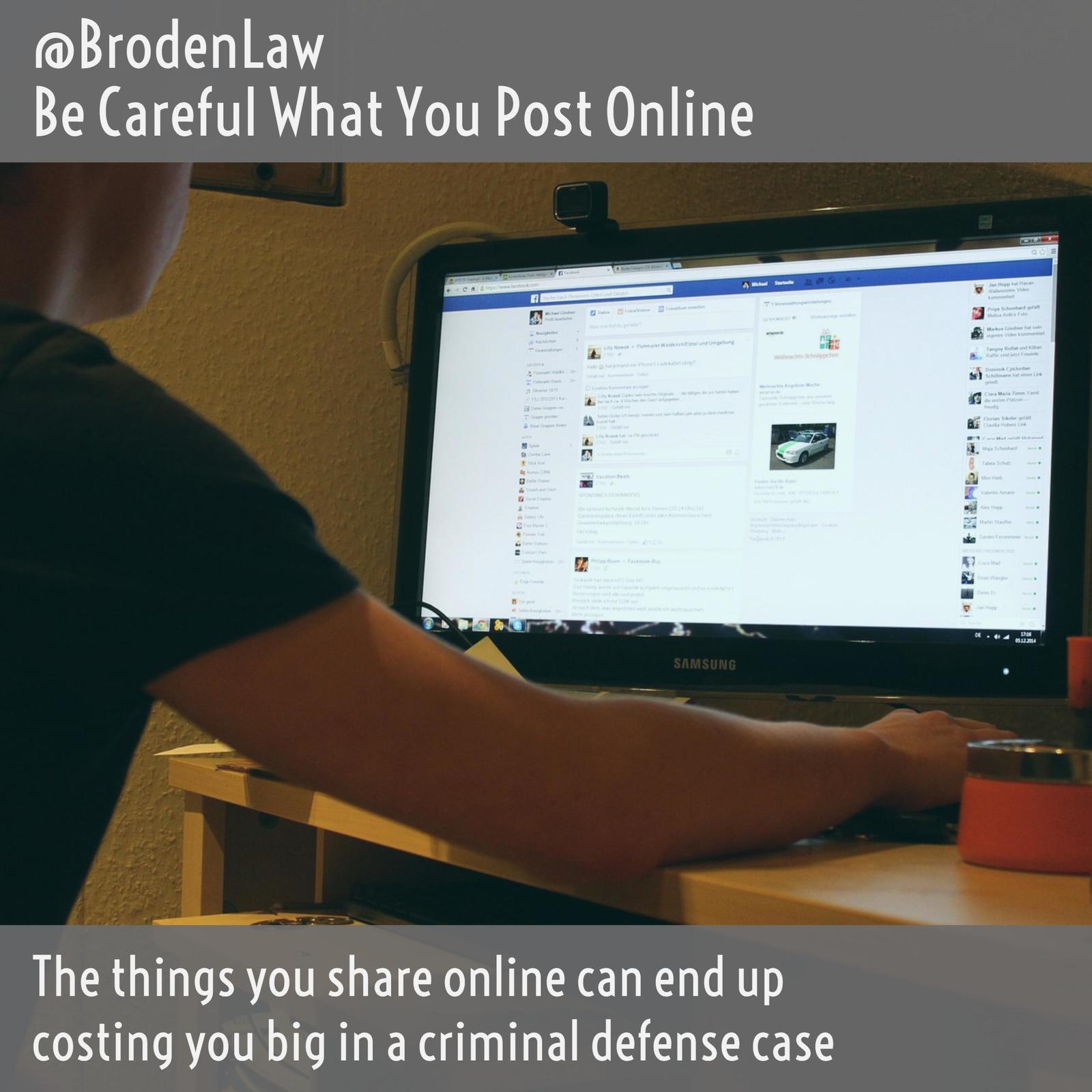 Charged With A Crime? Stay Off Social Media

Police and prosecutors look for any evidence they can find

If you have a Facebook page or Twitter account (or both), you’re not alone. The number of social media users has exploded over the past decade. Recent statistics reveal that 78 percent of people in the United States have one or more social media accounts. Facebook had 1 billion users as of 2016, and Twitter had 320 million the same year.

People use social media to broadcast all sorts of details about their lives — from children’s photos to what they cooked for dinner.

If you’ve been charged with a crime, however, using social media can be damaging for your criminal defense case.

Police Use Social Media Too

It seems like just about everyone is online, including the police. One survey reveals that four in five police departments now use social media as a tool in criminal investigations.

In 2012, CNN reported that a growing number of police departments are turning to Facebook to catch criminals. Police also use the social network to gather evidence against people suspected of criminal activity.

Furthermore, the things you share online can end up costing you big in a criminal defense case. Over the years, many people have inadvertently lost their freedom due to oversharing on the internet.

In Florida, a man was charged with 142 felony counts after posting photos depicting him with guns, cash, and stolen items on his Instagram account.

Interestingly, psychologists have linked criminals’ social sharing to a psychological condition that predates the internet. Mental health experts say that some people have a compulsion to “brag” about their crimes. Other people crave attention, even if it’s negative attention. This psychological phenomenon might explain why some serial killers and other criminals “sign” their crimes by leaving behind identifying information, such as symbols or other calling cards.

Talk to Your Lawyer — Not the Internet

If you’re facing criminal charges, the best policy is to stay off social media. The only person you should speak to about your case is your criminal defense lawyer. Remember that just because your social media accounts are “private” does not mean the posts and photos you share online are secret.

Police and prosecutors look for any evidence they can find, and you can be sure they will search online for any details you post. Don’t make their jobs easier by sharing information that could hurt your case.