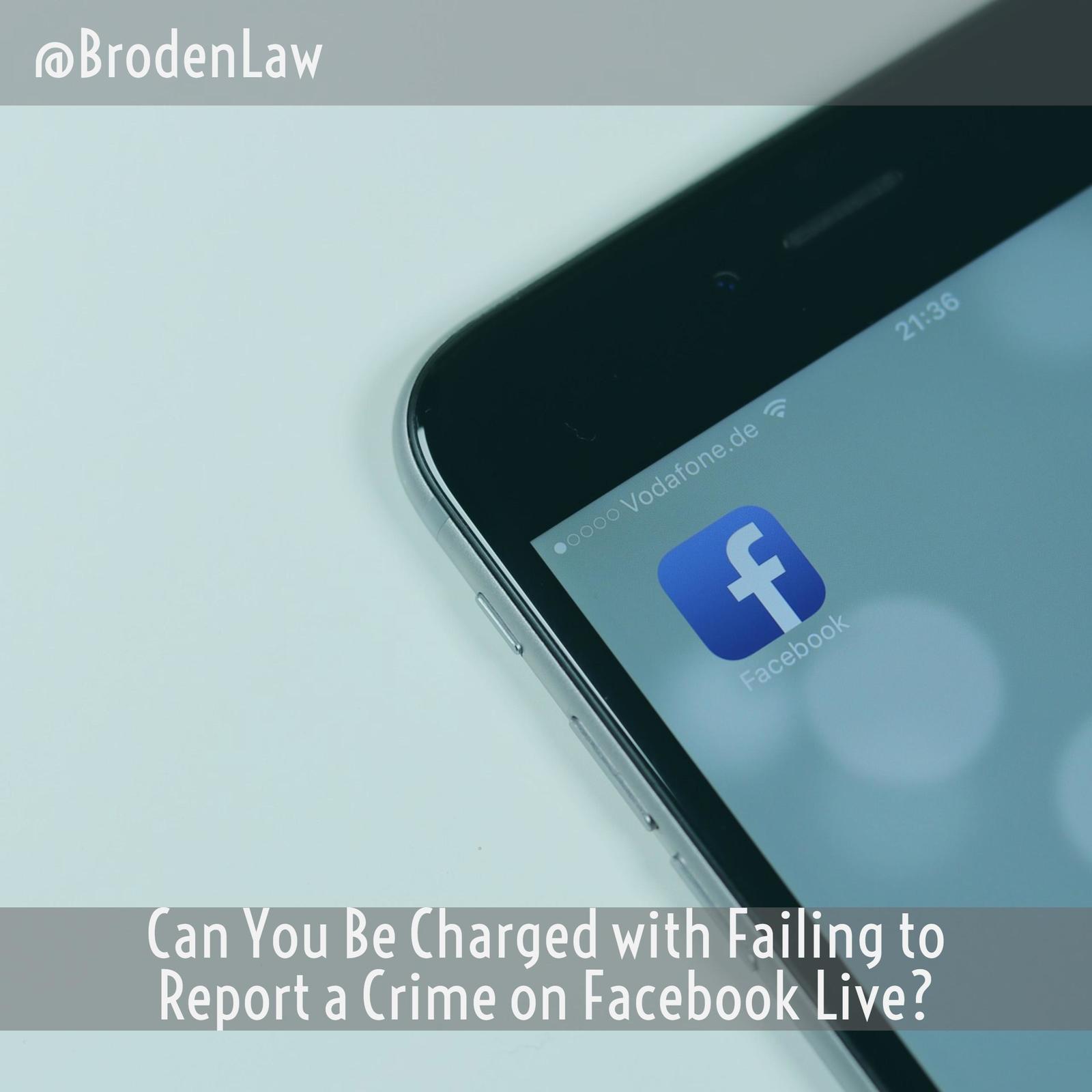 Can You Be Charged With Failing To Report A Crime On Facebook Live?

The brutal sexual assault of a 15-year-old girl on Facebook Live in March 2017 is raising important questions about whether individuals who view a live stream of a criminal act should be held criminal responsible for failing to report it.

According to an NPR report, six attackers sexually assaulted the girl. Two of the attackers — both teenagers themselves — have been arrested, and the police continue to search for the others. Police also know that about 40 individuals watched the attack live on Facebook as it was streamed.

Sadly, police say this is not the first time they have seen individuals stream video of a crime as it occurs.

Now, many have called for the approximately 40 people who watched the assault in real time to be held accountable for not only watching the video, but failing to notify the police in an effort to stop the assault.

Is There a Duty to Report a Crime? What about a Streaming Video of a Crime?

In many situations, technology moves much faster than the law. This may be one of those cases. The reports surrounding the incident have horrified many people, all of whom wonder what type of person could watch live footage of an assault and fail to pick up the phone and contact police.

However, the majority of states don’t require ordinary citizens to notify the police when they observe a crime. Sometimes called “Good Samaritan” laws, there are few states that place the burden of reporting on uninvolved bystanders.

Under Texas state law, witnesses to a crime do have a legal duty to report it if they witness a felony or a crime against a police officer. Failure to report a crime is a misdemeanor under state law. However, witnesses only have a duty to report if they can do so without placing themselves in danger.

The question of mandatory reporting gets murkier when the alleged crime takes place online. As attorney Stephanie Lacambra, a representative from the Electronic Frontier Foundation points out, things people view on the internet aren’t generally considered “direct eyewitness accounts.” She adds, “It’s like reading an article and trying to discern if it’s true or fake news — you don’t know if the video you’re watching has been photoshopped or if the details you’re viewing are in fact true.”

Although the online witnesses might not be held responsible under a Good Samaritan law, a law professor from Loyola University Chicago told NPR that the individuals might be charged under a child pornography statute.

In many ways, internet crimes are an entirely new area of law enforcement. In a lot of cases, the law simply doesn’t include definitions to encompass alleged criminal offenses that take place online. If you have been charged with an internet crime, it’s important to get in touch with an experienced Texas criminal defense lawyer right away.