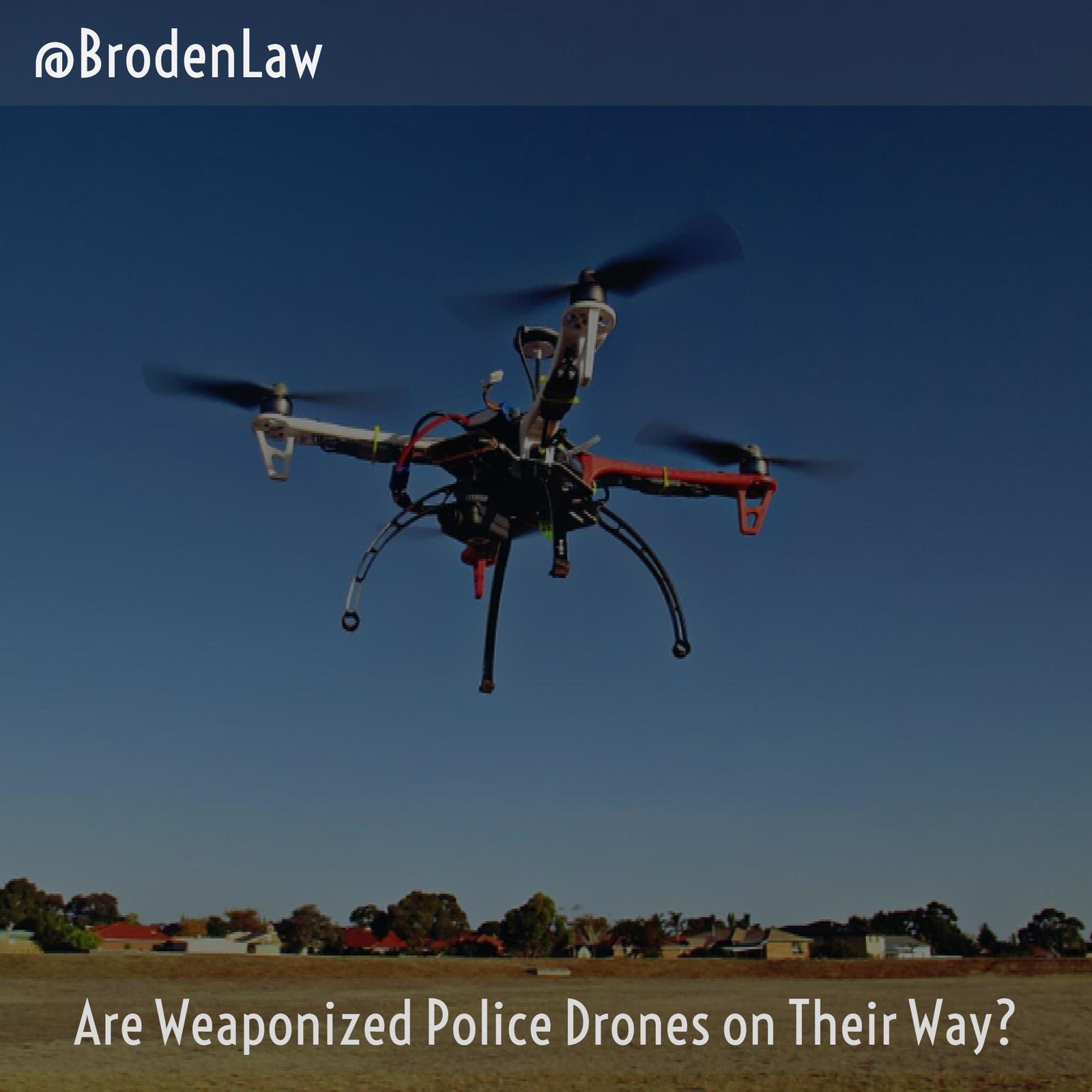 Are Weaponized Police Drones On Their Way?

It may sound like something out of a science fiction movie, but weaponized drones may soon be hitting the skies — at least in Connecticut.

Lawmakers in Connecticut have introduced a bill that would allow law enforcement agencies to use drones equipped with weapons capable of inflicting deadly force. The proposed legislation has been opposed by civil liberties groups, but is still pending before state lawmakers.

Interestingly, the bill was actually written as a total ban on weaponized drones, however, an exception was added in later to exclude law enforcement agencies from the ban. Theoretically, this would give police departments the authority to use drones outfitted with weapons, which they could ostensibly use to inflict deadly force on citizens.

Citing research showing that police tend to unfairly target those in minority communities, opposition groups have stated they fear that okaying weaponized drones for police departments will result in an uptick in the misuse of deadly force against minority communities.

Weaponized drones are banned in 36 states, and four states have adopted policies that limit police drones. North Dakota passed legislation allowing weaponized police drones in 2015, however, the drones are limited to “less than lethal” weapons like tear gas, pepper spray, and rubber bullets.

If the bill in Connecticut passes, the state will become the first to allow police drones to include weapons capable of inflicting deadly force. The bill also provides that new policies governing the use of weaponized police drones in the state would have to be developed by the state’s Police Officer Standards and Training Council.

Dallas police made headlines in 2016 when they used a robot to exercise deadly force against a suspect in a standoff. Opponents of weaponized police drones say the situation is similar and takes the “human” element out of the decision to exercise deadly force. They argue that allowing a robot or drone to pull the trigger or fire the weapon makes the decision more anonymous and thus far easier to make.