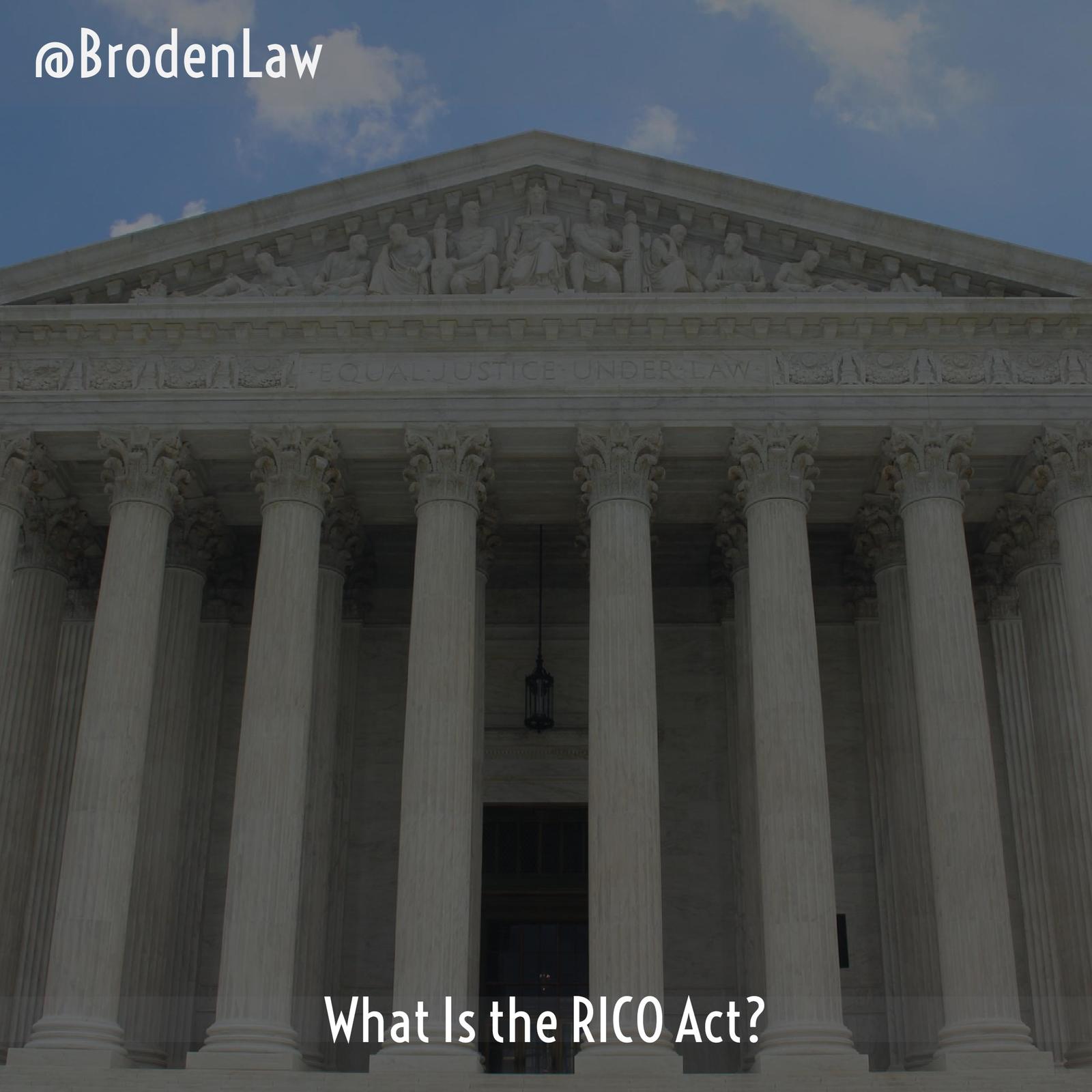 What Is The RICO Act?

There are a host of famous — or infamous, depending on your perspective — RICO Act cases throughout U.S. legal history

The Racketeer Influenced and Corrupt Organizations (RICO) Act is a federal statute that has been around since 1970. It makes headlines every now and then in the news when federal law enforcement officials and prosecutors go after a criminal organization, such as the mafia, in a big sting designed to take down a large group of people. When President Richard Nixon first signed the RICO Act into law, its intended purpose was mafia prosecutions.

However, the RICO Act isn’t limited to the mafia. It can be used to bring both civil and criminal cases against individuals or groups engaged in activities like illegal gambling, bribery, kidnapping, money laundering, counterfeiting, embezzlement, drug trafficking, and many other types of crimes. While the RICO Act is often associated with violent criminals like mafia families, it has been used in a wide range of cases. In fact, the history of RICO Act prosecutions is quite fascinating.

There are a host of famous — or infamous, depending on your perspective — RICO Act cases throughout U.S. legal history. Some of the most noteworthy include:

The federal government brought RICO Act charges against the Hells Angels motorcycle club located in Oakland, California in connection with the alleged manufacture and distribution of methamphetamine. In addition to the drug-related charges, prosecutors also accused the club of various other crimes, including murder and attempted murder. The case involved two federal trials — both of which ended in mistrials.

There have been two major RICO Act cases involving the gang known as the Latin Kings. Prosecutors first brought charges against gang leaders in 2006 in Tampa, Florida. In 2015, a federal grand jury issued indictments against 61 Latin Kings gang members involved in a drug distribution scheme in Texas.

In 2006 in Florida, several members of the Gambino crime family were tried under the RICO Act and sentenced to life in prison. The list of charges brought in the case included extortion, drug trafficking, assaults, loansharking, and gambling.

There have been a number of RICO Act cases brought against Catholic dioceses in the United States involving allegations of sexual abuse of children.

In 2013, a group of plaintiffs brought a RICO Act case against Donald Trump and Trump University, claiming that the wealth-building course was misleading and that Trump has misrepresented it. In November 2016, Trump settled the case for $25 million and did not admit any wrongdoing in the settlement.