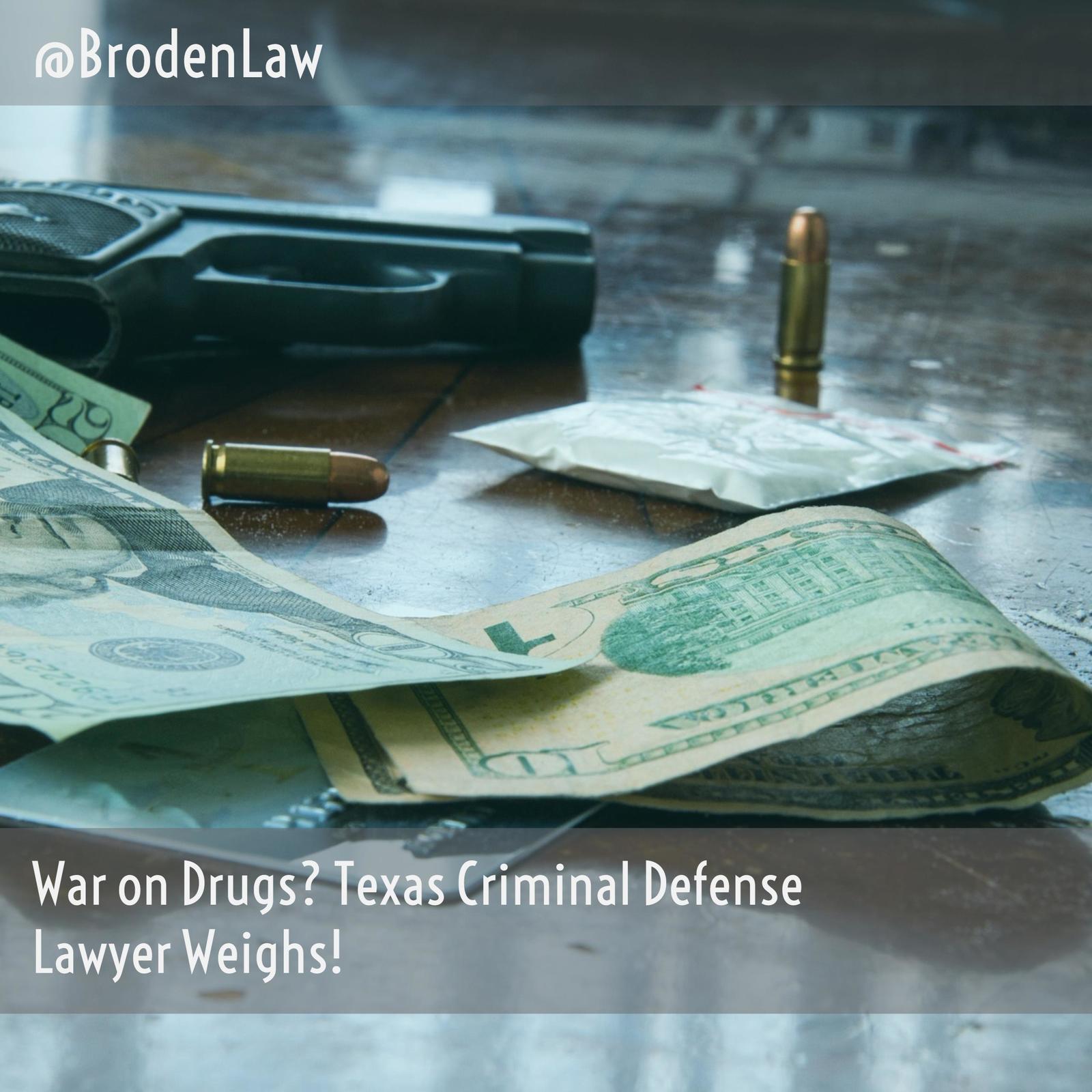 Attorney General Jeff Sessions may be shifting the country back to the harsh policies of the 1980s.

Dallas Drug Defense Lawyer  News: The “war on drugs” was a policy created by the Nixon Administration in the early 1970s. Under the policy, courts adopted a no-tolerance policy for drug offenses. The most noticeable effect of the policy was a massive increase in the U.S. prison population. The federal government also began to direct many funds toward federal drug control agencies.

The policy also criminalized marijuana possession. Although 11 states decriminalized it between 1973 and 1977, and the Senate Judiciary Committee voted in 1977 to decriminalize it at the federal level, the policy had already taken root in American culture. Many states and cities launched their own zero tolerance policies for even minor drug offenses.

Throughout the 1980s, the public became increasingly concerned with illegal drug use. As a result, drug-related incarceration rates soared. By 1997, the number of people imprisoned for nonviolent drug crimes had ballooned from 50,000 to 400,000.

In recent years, many states have moved to decriminalize marijuana use and possession. In 2015, the Federal Bureau of Prisons also released over 6,000 inmates as part of a larger movement to reduce the country’s prison population.

As reported by The Washington Post, Attorney General Jeff Sessions may be shifting the country back to the harsh policies of the 1980s.

“Attorney General Jeff Sessions said [recently] that he has directed his federal prosecutors to pursue the most severe penalties possible, including mandatory minimum sentences, in his first step toward a return to the war on drugs of the 1980s and 1990s that resulted in long sentences for many minority defendants and packed U.S. prisons.”

The article points out that the Obama administration put policies in place that instructed federal prosecutors to “avoid charging certain defendants that would trigger long mandatory minimum sentences.” Now, Sessions has undone that policy. Instead, he has told prosecutors to “charge defendants with the most serious crimes, carrying the toughest penalties.”

Former Attorney General Eric Holder has condemned Sessions’ policy as a step backward. Holder stated, “The policy [Sessions] announced today is not tough on crime. It is dumb on crime.”

The Director of the American Civil Liberties Union’s Campaign for Smart Justice also had harsh words for Sessions’ policy. “Jeff Sessions is pushing federal prosecutors to reverse progress and repeat a failed experiment — the War on Drugs — that has devastated the lives and rights of millions of Americans…”

The Importance of Working with an Experienced Texas Criminal Defense Lawyer

Although the future of federal drug crimes prosecution is unsettled, the shifting policies of the current administration emphasize why it’s important for anyone charged with a federal drug offense to work with an experienced Texas criminal defense lawyer.

The above review statements are those of the sponsor (Source of content) and do not necessarily reflect the official policy, position or views of the content publisher. The content distribution company is therefore not responsible for the content and its authenticity and legal standing of the above subject matter. Each individual is required to exercise its content when making a purchase from the above offer. The information does not constitute advice or an offer to buy. Any purchase made from the above press release is made at your own risk. Editorial merit of this content is subject to news publisher and its downstream partners. Consult an expert advisor/health and professional advisor before any such purchase. Any purchase made from this link is subject to the final terms and conditions of the website's selling as mentioned in the above as source. The content publisher and its downstream distribution partners do not take any responsibility directly or indirectly. If you have any complaints or copyright issues related to this article, kindly contact the company this news is about.