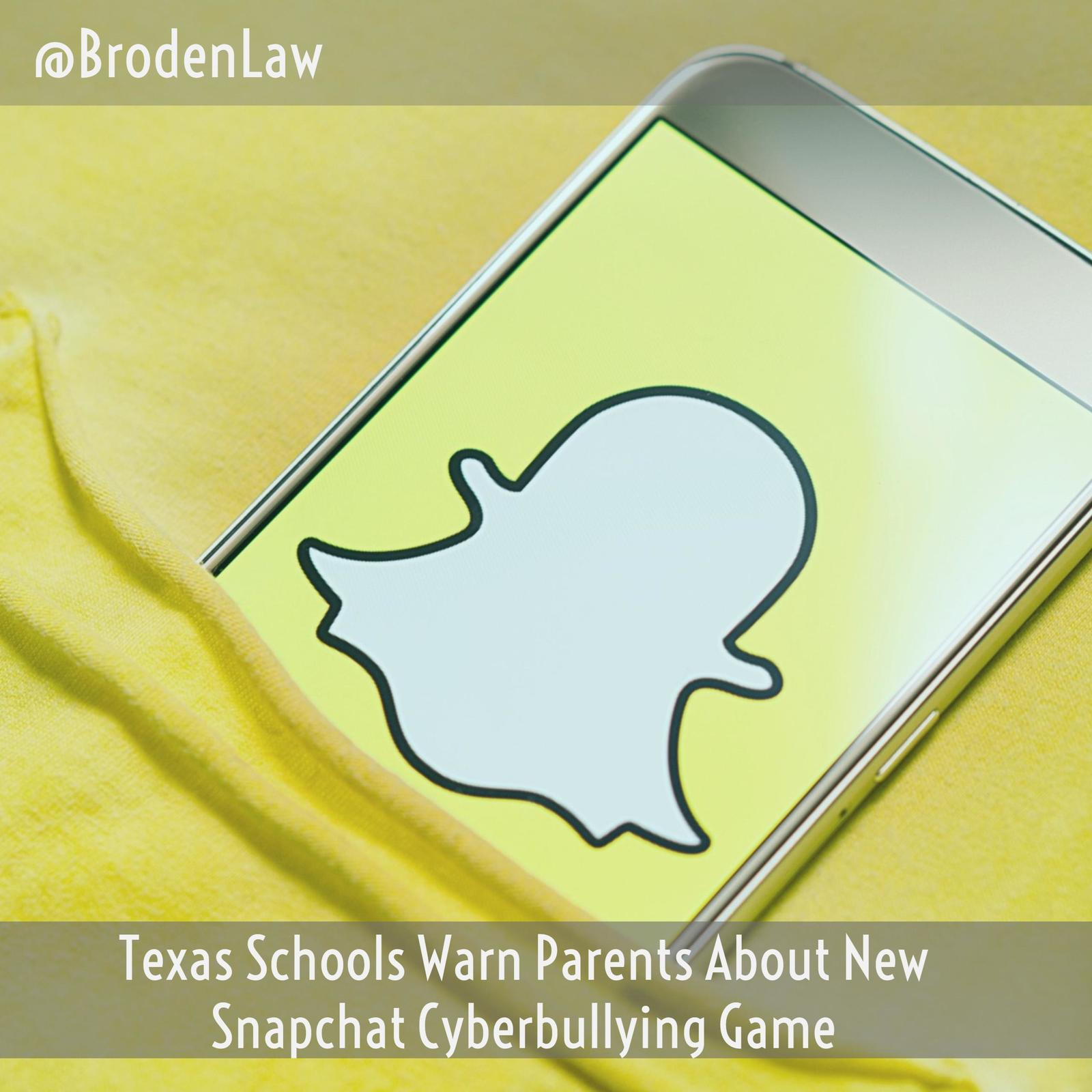 A bullying game called “Letter X” has swept the country.

Just about everyone has a childhood (or even adulthood) tale of being bullied. Unfortunately, bullying is something that happens in schools across the country.

However, technology has made bullying even more pervasive. Rather than ending in the hallway or on the playground, bullying can now follow kids home. Social media, text, and email make it possible for bullies to harass kids at all hours of the day.

A recent “bullying game” has prompted Texas school administrators to warn parents about the dangers of allowing their children to access social media without supervision.

According to media reports, a Snapchat bullying game called “Letter X” has swept the country. The report states that the game is played on the popular social app, Snapchat. With Snapchat, users take photos or videos and post them to the site, where they disappear after 24 hours.

The report states that young people are using the app to send the letter X to a friend. From there, the friend responds with a victim’s name, and classmates begin posting or sending insults about the designated victim.

According to the Texas Education Agency, state law requires all Texas school districts to have anti-bullying and anti-harassment policies in place. Parents are also permitted to transfer their child to another district if the child has been the victim of bullying or harassment. This law has been in place since 2011 and includes cyberbullying.

In 2017, a Texas state lawmaker also introduced legislation that would make cyberbullying a crime if it leads to a young person’s death or suicide. Called David’s Law, the bill takes its name from David Molak, a 16-year-old Alamo Heights High School student who took his own life after being bullied online.

Harassment Is a Crime

In some cases, the law is slow to catch up to technology. Courts are likely to include cyberbullying and online harassment among the definitions of harassment and stalking, even if the law doesn’t explicitly include online activities. If you’ve been charged with any form of online stalking, harassment, or bullying, don’t leave your future to chance. These are serious cases that often involve federal laws. The penalties for a conviction can be life-changing and severe. Speak to a Dallas Internet criminal defense lawyer about your options.