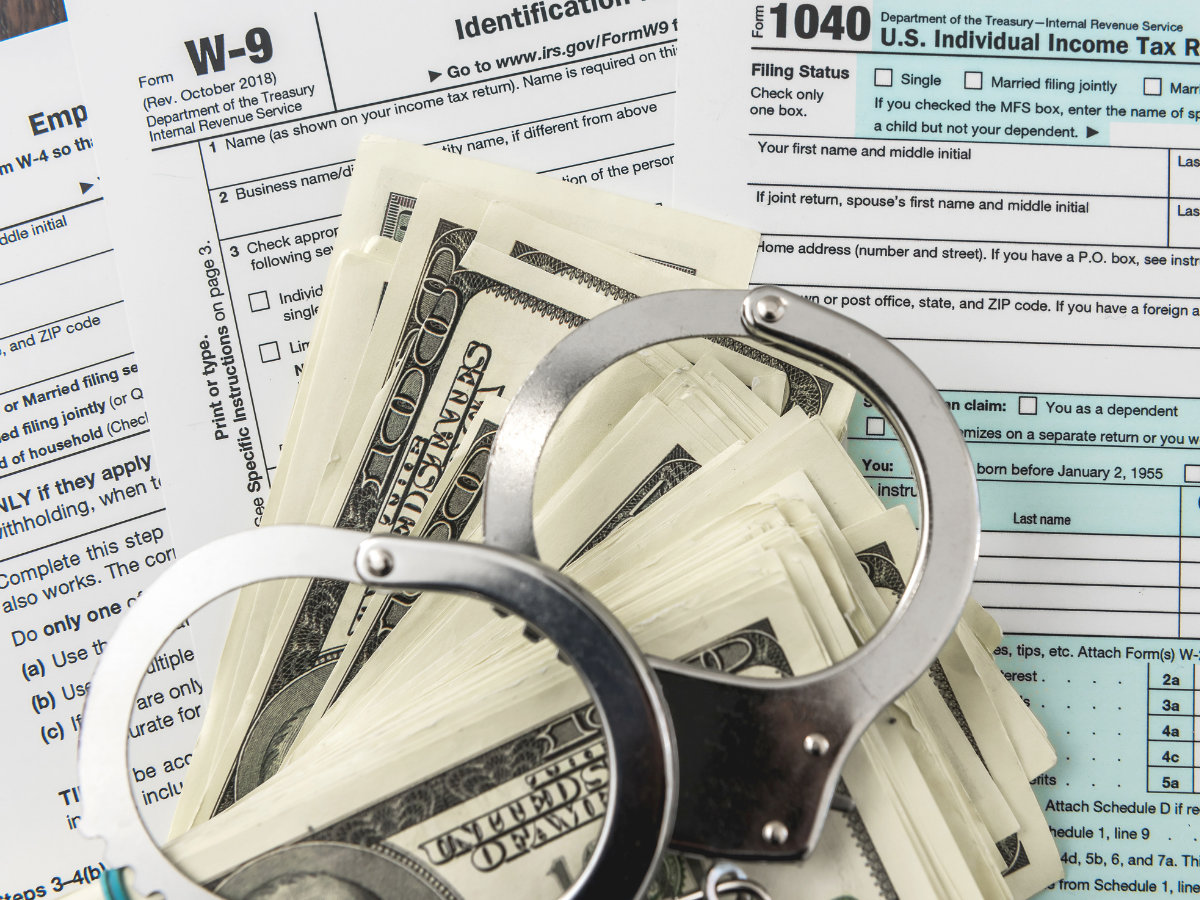 Tax crimes are a type of white collar crime, and the penalties for failing to pay your taxes can be quite severe. Besides fines and other financial penalties, you could spend time in prison if you are convicted.

It’s also possible you will never again be able to obtain a job in an industry where you manage or handle money, as employers are likely to see the tax fraud conviction on your record and decline to hire you. This is why it’s so important to work with a tax fraud defense lawyer who will vigorously defend you against tax fraud or tax evasion charges.

First, it’s important to understand the difference between making an honest mistake on your taxes and taking deliberate steps to avoid paying the taxes you owe.

The tax code can be complicated, and people can make missteps without intending to break the law. When they purposely fail to pay taxes, however, they can face prison time, fines, and other penalties.

Many people are unaware that the Internal Revenue Service (IRS) has a criminal investigation division that investigates suspected cases of tax fraud and tax evasion, as well as forgery, falsification of records, and people who deliberately underreport their income.

Keep in mind, however, that just because the IRS sends a letter stating there is a problem with your tax return or other documentation doesn’t mean you’re being investigated for a crime. At the same time, however, you should never ignore any kind of communication from the IRS.

While it can be scary to receive correspondence from the IRS, not all notifications are related to a criminal investigation. However, people who take deliberate steps to avoid paying taxes can face serious penalties. Both tax fraud and tax evasion are federal crimes that can result in prison sentences and other negative consequences.

Tax fraud is something of a collective term that describes a number of tax laws that fall under the Internal Revenue Code. When someone commits tax fraud, this means they intentionally engaged in fraud against the government by deliberately not paying their taxes.

To prove someone committed tax fraud, the government must be able to show that the taxpayer did not pay their tax and that the failure to pay was intentional. This isn’t always easy to prove, as the tax code can be complex, which means people can often make innocent mistakes when it comes to their taxes.

Tax evasion is a type of tax fraud that involves a taxpayer taking deliberate and intentional steps to underreport or misrepresent their income in an effort to pay less tax than they owe.

There are a number of ways an individual can misrepresent or underreport. For example, a business owner might inflate the cost of a piece of equipment in their business tax return or provide false invoices or receipts as part of their return.

A person can also engage in tax evasion when they list fake dependents on their return to reduce their taxable income. Other forms of tax evasion include using a false social security number, falsifying receipts, altering checks, or refusing to cooperate with tax officials.

As you might expect, tax evasion comes with more serious penalties than tax fraud. Along with fines, someone convicted of tax evasion could face up to five years in prison. They might also be required to reimburse the government for the cost of the prosecution in their case.

If You Make a Mistake on Your Tax Return

Even the IRS knows that math can be difficult. If you run a business, filing a corporate return can be overwhelming. Perhaps unsurprising, many businesses and individuals have to file an amended return after they or the IRS catch a mistake. In these cases, as long as there was no intent to defraud the government or evade paying taxes, math errors and oversights aren’t going to result in criminal charges.

Get Help from a Federal Criminal Defense Lawyer

Courts take allegations of tax fraud and tax evasion seriously. If you’re facing tax fraud or tax evasion charges, or any other kind of white collar offense, you owe it to yourself and your future to discuss your case with an experienced tax crimes defense lawyer as soon as possible. A conviction could mean the loss of your reputation, livelihood, and freedom, so don’t delay talking about a Texas white collar crime defense lawyer.

Clint Broden and Mick Mickelsen are experienced federal criminal defense attorneys based in Dallas Texas, who have 60 years of combined experience defending cases in federal court. Indeed, despite the fact that the conviction rate in Federal court is approximately 90-95%, the two partners have won approximately a third of their Federal cases at trial. Broden & Mickelsen have represented defendants charged with virtually every kind of Federal case.