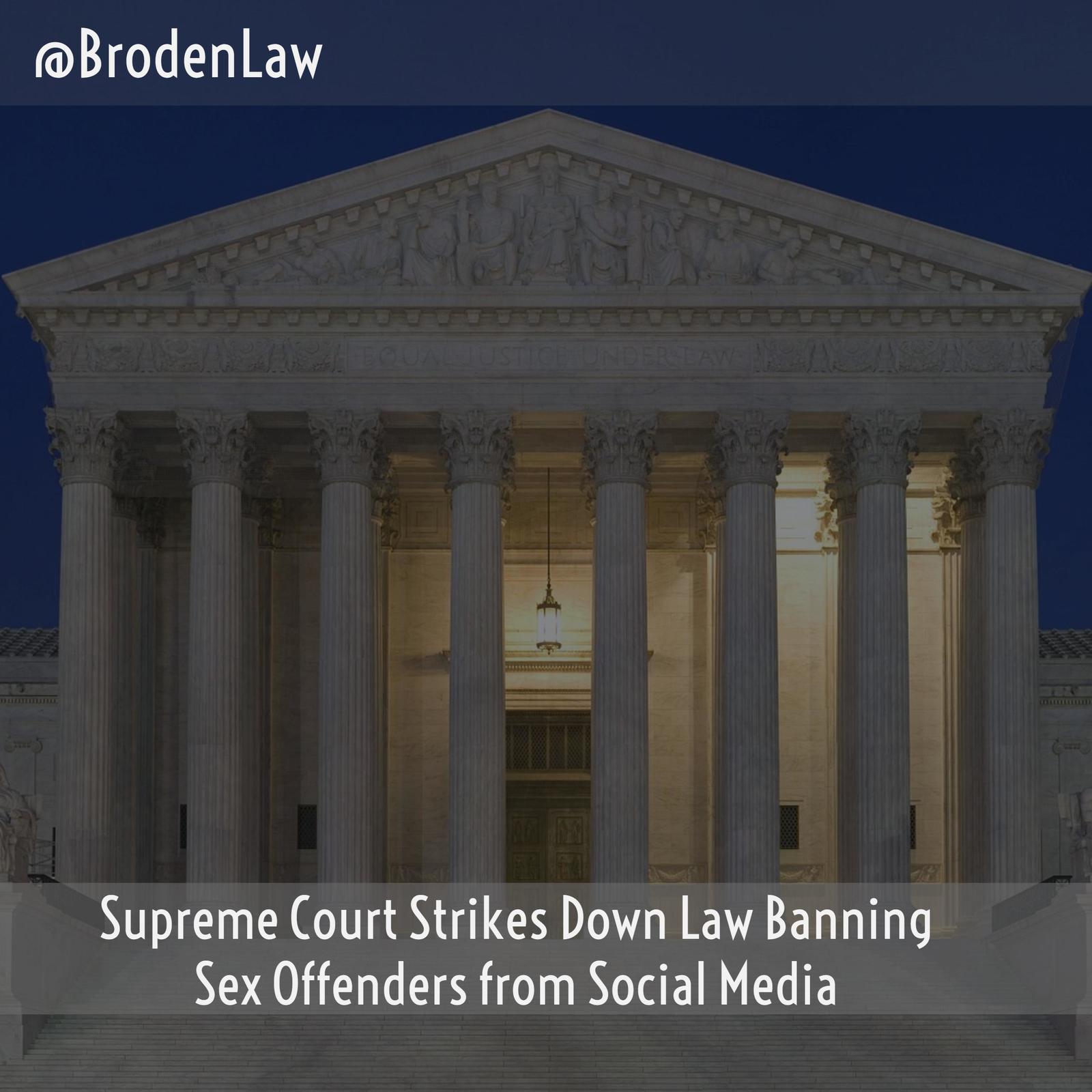 Sex offender registration laws vary from state to state, but they are almost uniformly tough and restrictive. In many cases, these laws dictate where an individual can live and work. Recently, one state attempted to stop registered sex offenders from using Facebook.

If you’ve been charged with a sex offense, such as a crime involving child pornography or assault, it’s important to speak to an experienced Texas child pornography defense lawyer as soon as possible. It’s easy for people to jump to conclusions when someone has been charged with this type of crime. However, you are innocent until proven guilty, and you deserve a chance to prove your side of the story.

With nearly 2 billion users, Facebook is by far the biggest social media outlet in the world. One might even argue that being unable to use Facebook — or other forms of social media — can hurt a person socially and professionally, or at least make it difficult to keep up with the pace of society. Indeed, a growing number of people use sites like LinkedIn to find job opportunities.

For many people, it’s hard to imagine life without social media. But in North Carolina, a significant segment of society was banned for life from joining any kind of social networking site.

In June 2017, the U.S. Supreme Court unanimously struck down a North Carolina law that prohibited registered sex offenders from using social media sites. According to a CNN report, state lawmakers created the law to reduce the “threat sexual predators pose to children.”

However, the defendant who brought the case had been using Facebook to post about his relief at having a parking ticket dismissed. His lawyer argued that the law was overly broad and infringed on free speech guaranteed under the First Amendment. The defense also argued that the statute restricted activity that was unrelated to the purported purpose of the law.

Laws Must Be Narrowly Tailored

Generally speaking, laws must be narrowly tailored to achieve a specific purpose. The Founders believed that certain rights — such as the freedom to speak freely without worrying about the government cracking down on you — are so important and precious that any law aiming to restrict them must have a very good (and specific) reason for doing so. In this case, North Carolina’s law was deemed far too broad to achieve its intended purpose.

Sex offenses can take many forms, from sexual assault to internet crimes, such as child pornography. The stigma that surrounds these offenses can be life-changing. For many people, simply being accused of a sex-related offense is enough to derail their life, career, and relationships. If you’ve been charged with any kind of sex-related crime, contact a Texas child pornography defense lawyer as soon as possible.