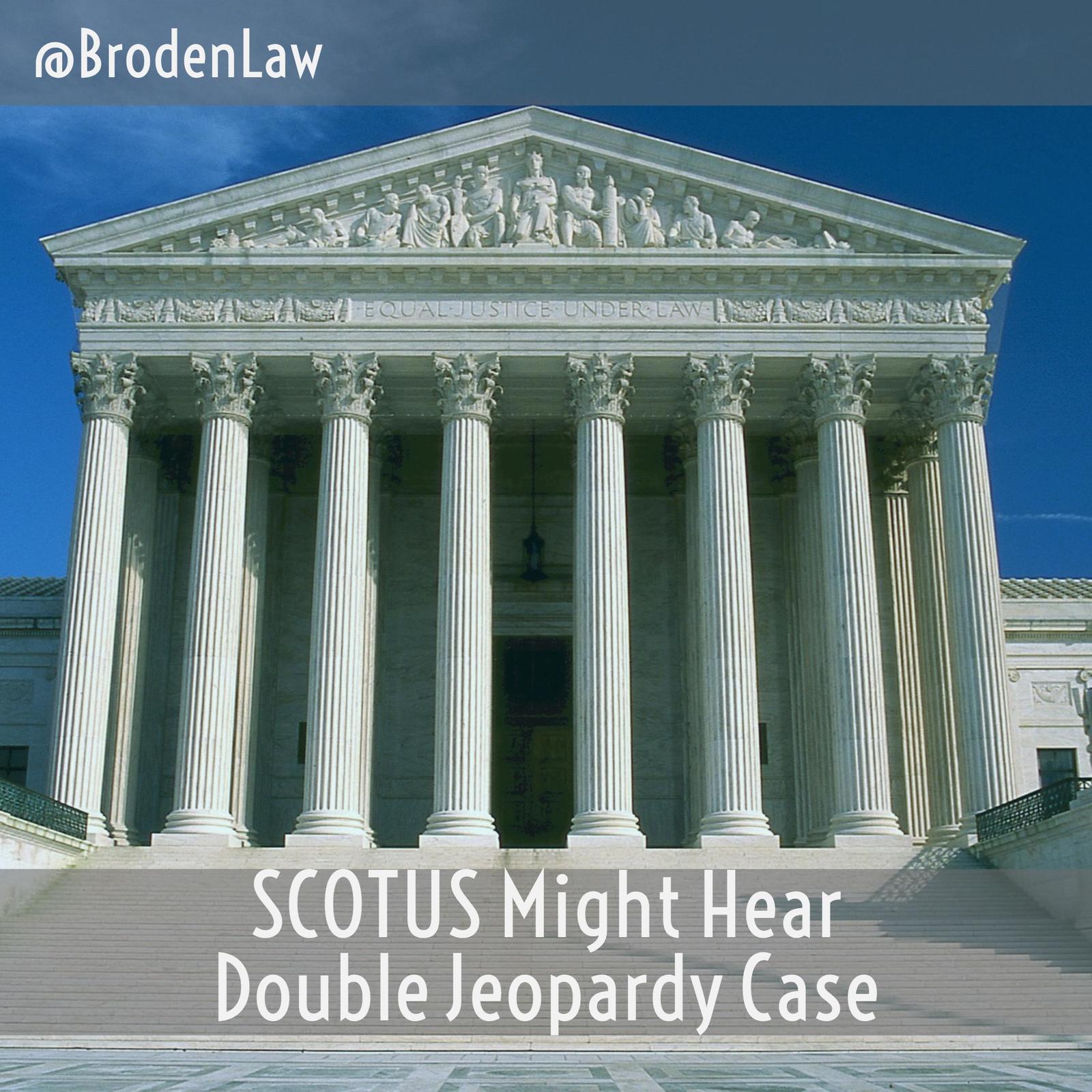 The Court’s decision is likely to have a significant impact on the dual sovereignty exception to the Double Jeopardy Clause.

Double jeopardy is a subject most people have heard of but don’t always fully understand. According to news reports, the Supreme Court of the United States may be set to hear a double jeopardy case that originated in Texas.

The case involves a former contract electrician for a Texas school district who was accused of fraud and money laundering in federal court in 2011. After a mistrial, he pleaded guilty to a misdemeanor charge of failing to pay his taxes on time.

After the mistrial at the federal level, the state leveled charges against him — again for fraud and money laundering. Now, he is asking the Supreme Court to revise an exception to the double jeopardy rule that allows states to prosecute individuals for similar federal offenses, even after they have been prosecuted at the federal level.

What Is Double Jeopardy?

The Double Jeopardy Clause only applies to criminal cases, which means a person can be prosecuted for a crime, such as a murder, and still face civil penalties in civil court for causing damaged arising out of the same incident. In the case of a murder, for example, the person could still be sued in the civil system for wrongful death.

What Is the Dual Sovereignty Doctrine?

The Texas case turns on what is known as the “dual sovereignty” doctrine, which holds that the federal government and the individual states are each “sovereign” over their own territories. Under this exception to the Double Jeopardy Clause in the Constitution, an individual can be prosecuted at the federal level, then again at the state level, even for the same criminal acts.

If dual sovereignty applies to a case, a person can even be punished twice — once by the federal government and once by the state — for the same offense.

The State of Texas has argued that it should be allowed to proceed with its prosecution because the federal case ended in a mistrial. The state also argues that the one count the former electrician pleaded guilty to — failure to pay his taxes in a timely manner — is a separate and unrelated offense from the fraud and money laundering charges.

The defendant has argued that, in his case, the state and the federal government are not truly separate entities because they cooperated in the prosecutions.

The Supreme Court has not yet determined if it will hear the case. If it does, the Court’s decision is likely to have a significant impact on the dual sovereignty exception to the Double Jeopardy Clause.