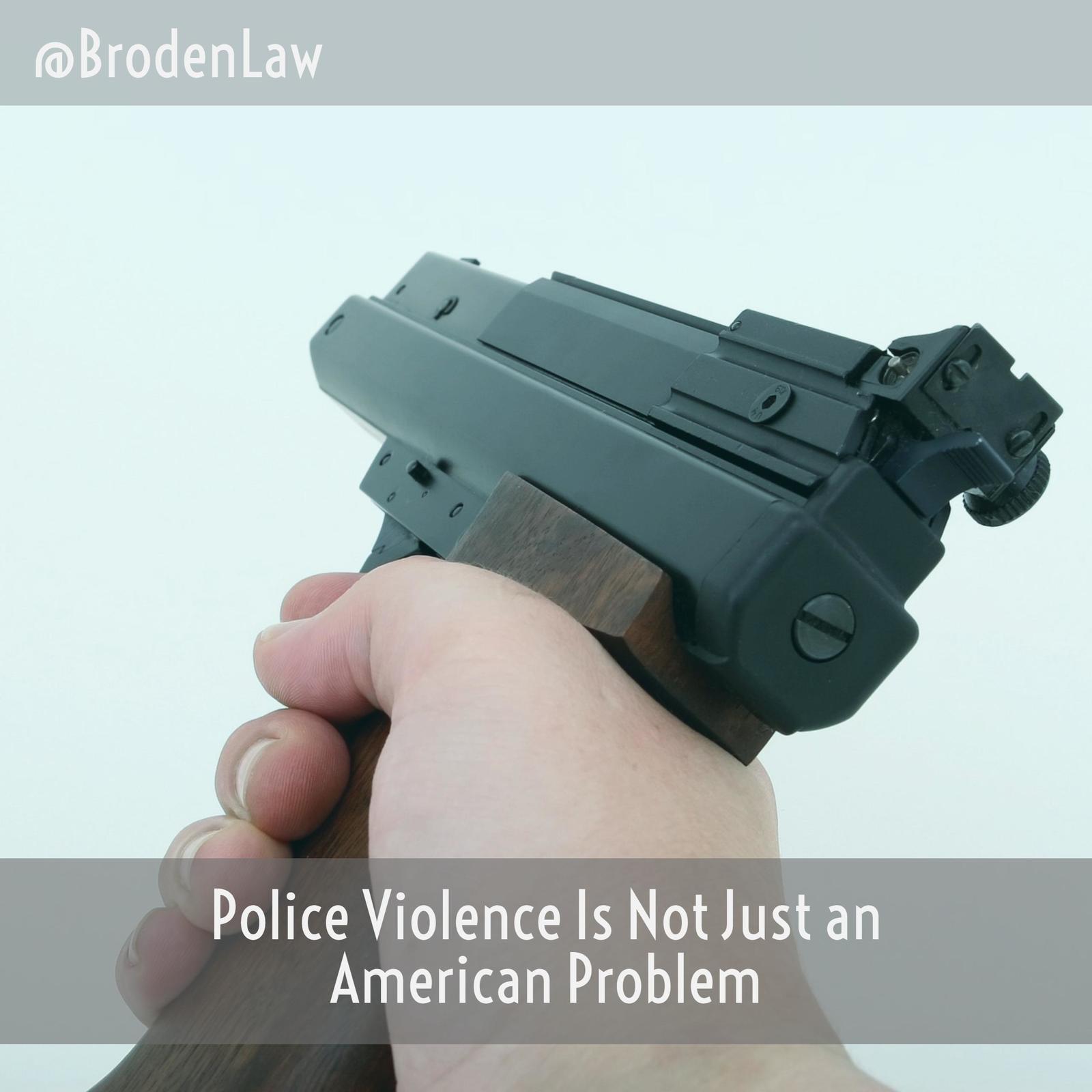 Police Violence Is Not Just An American Problem

Police shootings in the U.S. revealed that one-fourth involved someone with a mental illness.

Police violence and misconduct is well-documented in the United States. It’s an issue that receives a lot of media attention — sometimes so much so that it’s easy to wonder if other countries experience such serious social and criminal justice issues.

According to a recent article, police violence occurs in other countries, too. In Germany, for example, there are currently an average of 10 fatal police shootings every year. The article states that the majority of the victims were suffering from mental health problems at the time of their death.

The article states that countries like Germany have a tendency to overlook police violence within their own borders because it is a drop in the bucket compared to the stats for police brutality and misconduct in the U.S.

For example, police in the U.S. kill more people in a week than police in Germany do in an entire year.

However, it’s interesting — and important — to take a look at the types of people who are killed by police officers both domestically and abroad.

Journalists in Germany analyzed police killings from 1990 to the present day. Their findings reveal that about half of all victims of police shootings were experiencing a mental health crisis at the time of the shooting.

A professor at a German police academy said these killings are largely due to a lack of training among police forces. Because police aren’t equipped to deal with someone experiencing a mental health issue, they react the only way they know how to — by neutralizing a perceived threat.

As the article states, “…police could avoid this by enlisting psychiatrists, counselors and others who are trained to work with people suffering emotional or psychological breakdowns for emergency situations, rather than attempting to handle it themselves.”

A CNN report states that an analysis of 462 police shootings in the U.S. revealed that one-fourth involved someone with a mental illness.

Although most were armed, the majority of cases involved an incident in which the police were not responding to a crime. Instead, a loved one, friend, or neighbor had called 911 to obtain help for the person. In more than 50 of the cases, the person was suicidal.

The article goes on to state that many police departments around the country now require their officers to participate in “crisis intervention team” (CIT) training, which focuses on deescalating a mental health crisis with a verbal approach rather than a threatening one. There are about 2,800 CIT programs nationwide, however, this represents just 15 percent of police departments across the country.

San Antonio’s police department has a full-time CIT unit. According to one member of the unit, the training has allowed the department to intervene and provide help to individuals experiencing a mental or emotional breakdown. Instead of sending uniformed officers in a patrol car, the officers in the CIT unit wear plain clothes and drive regular vehicles. One member of the department says that even seemingly little things like this can go a long way toward deescalating conflict.