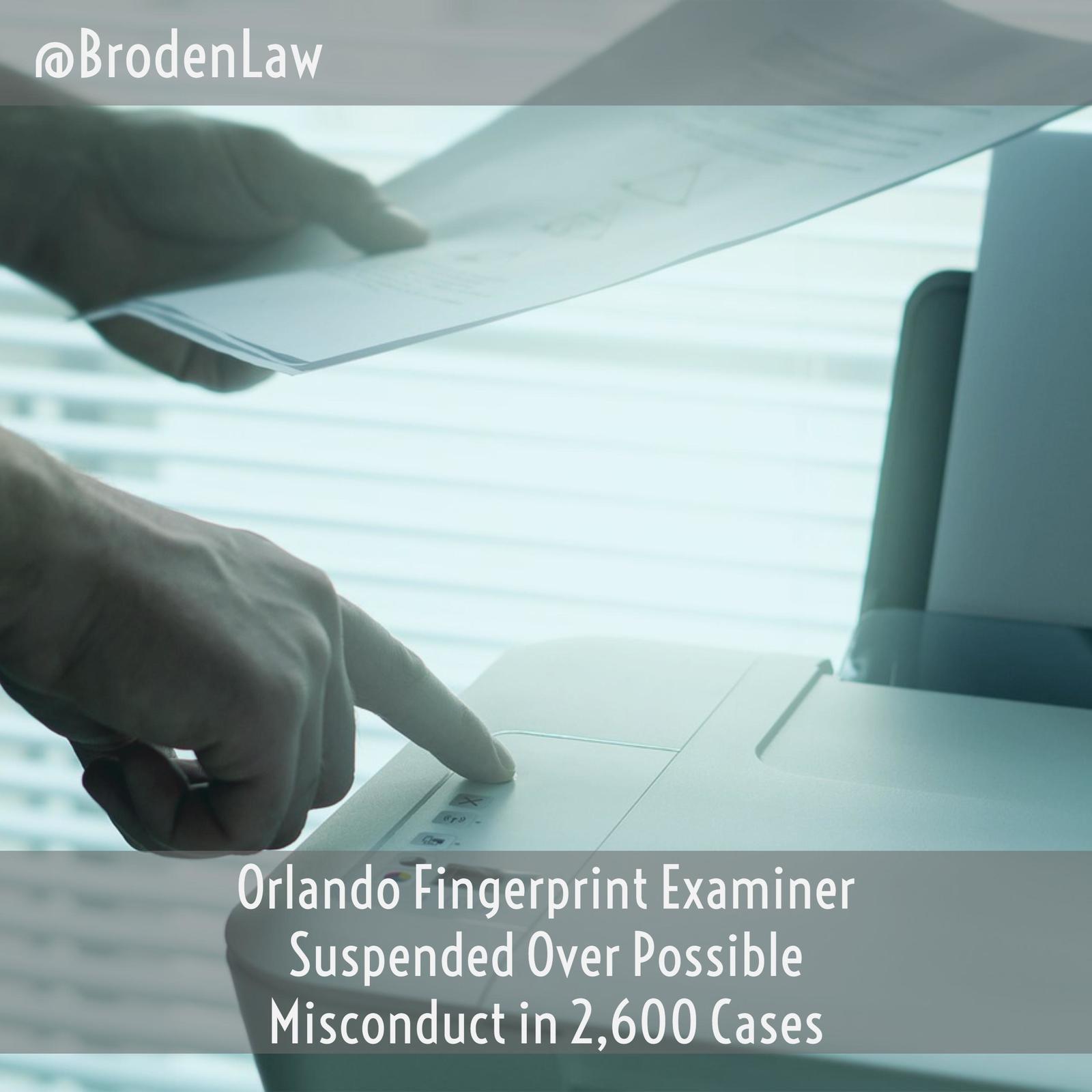 Florida announced it has suspended a fingerprint examiner for “reasons that aren’t totally clear.”

In recent years, the list of widespread misconduct in crime labs across the country has grown inconceivably long.

According to a recent Washington Post report, there may be a new item to add to the list. The Orange County Sheriff’s Office in Orlando, Florida announced it has suspended a fingerprint examiner for “reasons that aren’t totally clear.”

At the time of his suspension, the examiner had worked on over 2,600 cases dating back to 2001.

The report states that the state’s attorney’s office hasn’t identified a specific reason why it removed the examiner from duty, but it sent a letter to every defense lawyer involved in the nearly 3,000 cases the examiner worked on stating that the examiner was taken off fingerprint analysis due to performance issues that included “clerical errors, failure to identify prints of value, and mislabeling of print cards.”

As a result, the county’s public defender has stated that his office is taking a look at all of the cases the fingerprint examiner worked on to determine if there was any wrongdoing that could have led to an innocent person being convicted of a crime.

Evidence Mishandled in Other Crime Labs

The story adds that this is by no means an isolated incident. Unfortunately, there have been other cases involving the mishandling of evidence in crime labs.

In perhaps the most shocking mishap of all, the FBI admitted in 2015 that nearly every single examiner in its forensic unit gave flawed testimony in almost every trial in which they offered evidence over a two-decade period. Out of 28 examiners, 26 overstated forensic matches in a way that slanted favor to prosecutors.