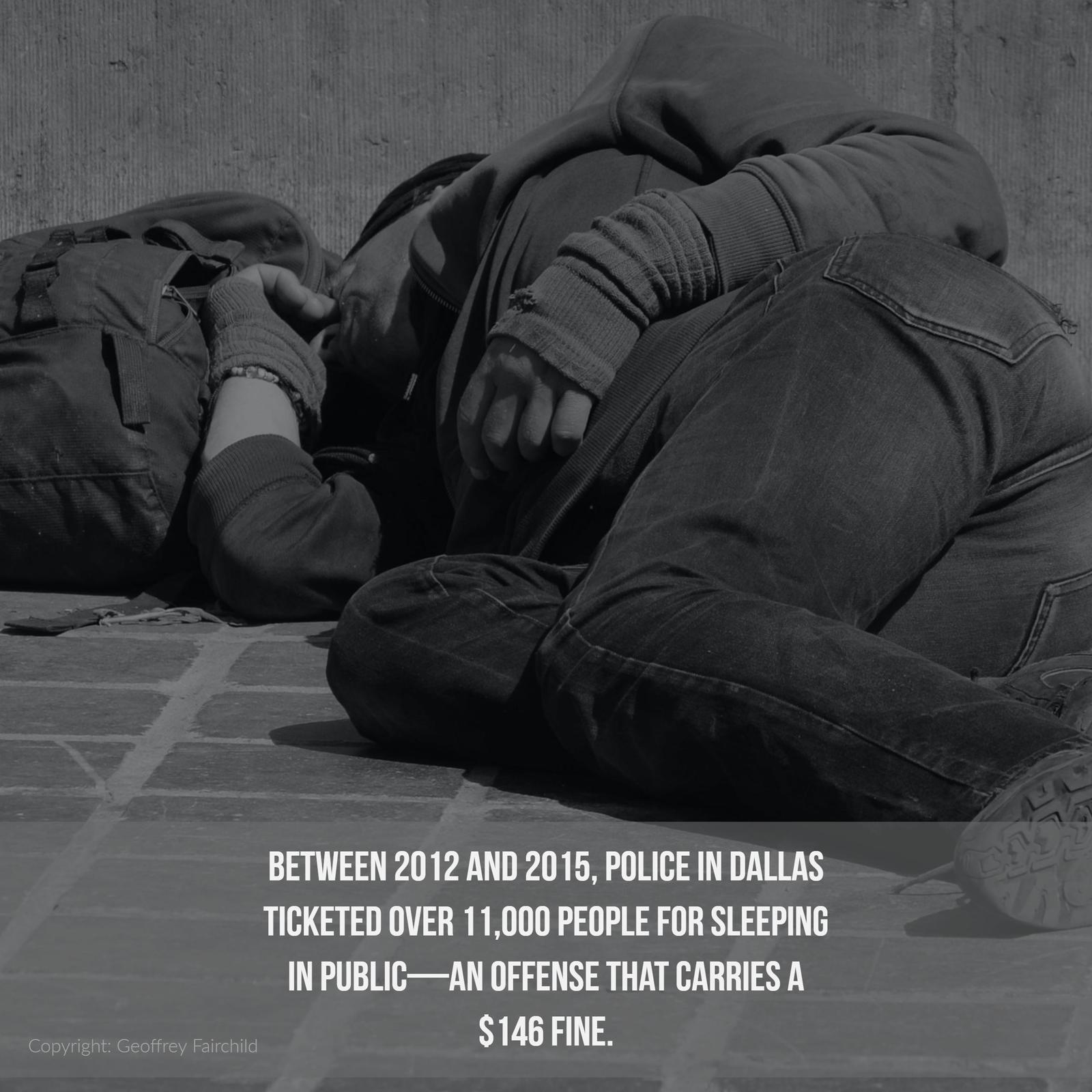 Homelessness is a major problem in some cities across the country. Likewise, certain states struggle with homelessness more than others. For example, Hawaii has one of the highest homeless rates in the nation and one that continues to rise. According to the Los Angeles Times, Hawaii has 487 homeless per 100,000 people—the highest rate per capita in the country. Over 62 percent of the state’s homeless population lives on the island of Oahu. Experts say the high cost of living and the lack of affordable housing in Hawaii are two major factors contributing to the state’s homelessness epidemic.

Now, Honolulu and other cities with high homeless populations are drawing criticism for instituting policies and laws that criminalize homelessness. According to a CBS report, laws that ban panhandling, public camping, and living in vehicles have the effect of punishing homelessness. In 2014 alone, Honolulu issued over 16,000 warnings to individuals who violated the city’s “sit-lie ban,” which prohibits people from sitting or lying on sidewalks.

Dallas and Portland Called Out for Harsh Homelessness Laws

Dallas, Texas and Portland, Oregon were also identified as having harsh homelessness laws by the National Law Center on Homelessness and Poverty.

In Portland, city officials recently ended its “safe sleep” police—a test program that allowed people to sleep on the streets without being disturbed by the police. Portland’s mayor said the city had to roll back the program because it created confusion, with people mistakenly believing it legalized public camping.

Homelessness Rates in Texas down from 2013

Homelessness rates in Texas have decreased since 2013, when 12 out of every 10,000 people in the Lone Star State was homeless, according to the Houston Coalition for the Homeless. In 2014, the rate had dropped to seven out of 10,000 people, which is about 19,177 homeless in the state.

However, cities like Houston and Dallas have often been scrutinized for enforcing laws that make it a crime to be homeless. Between 2012 and 2015, for example, police in Dallas ticketed over 11,000 people for sleeping in public—an offense that carries a $146 fine. According to a report from the Dallas Observer, many of the city’s homeless owe thousands in fines for dozens or even hundreds of tickets they can’t pay.

Homelessness advocates say that sleeping is a human necessity and that cities that wish to make sleeping in public illegal have a moral and legal obligation to provide adequate and affordable housing. In some cases, the federal government has agreed with this position. In 2015, the Department of Justice lent its support to a lawsuit in Idaho in which homelessness advocates argued that the city of Boise’s ban on sleeping in public was unconstitutional given its shortage of beds in homeless shelters.