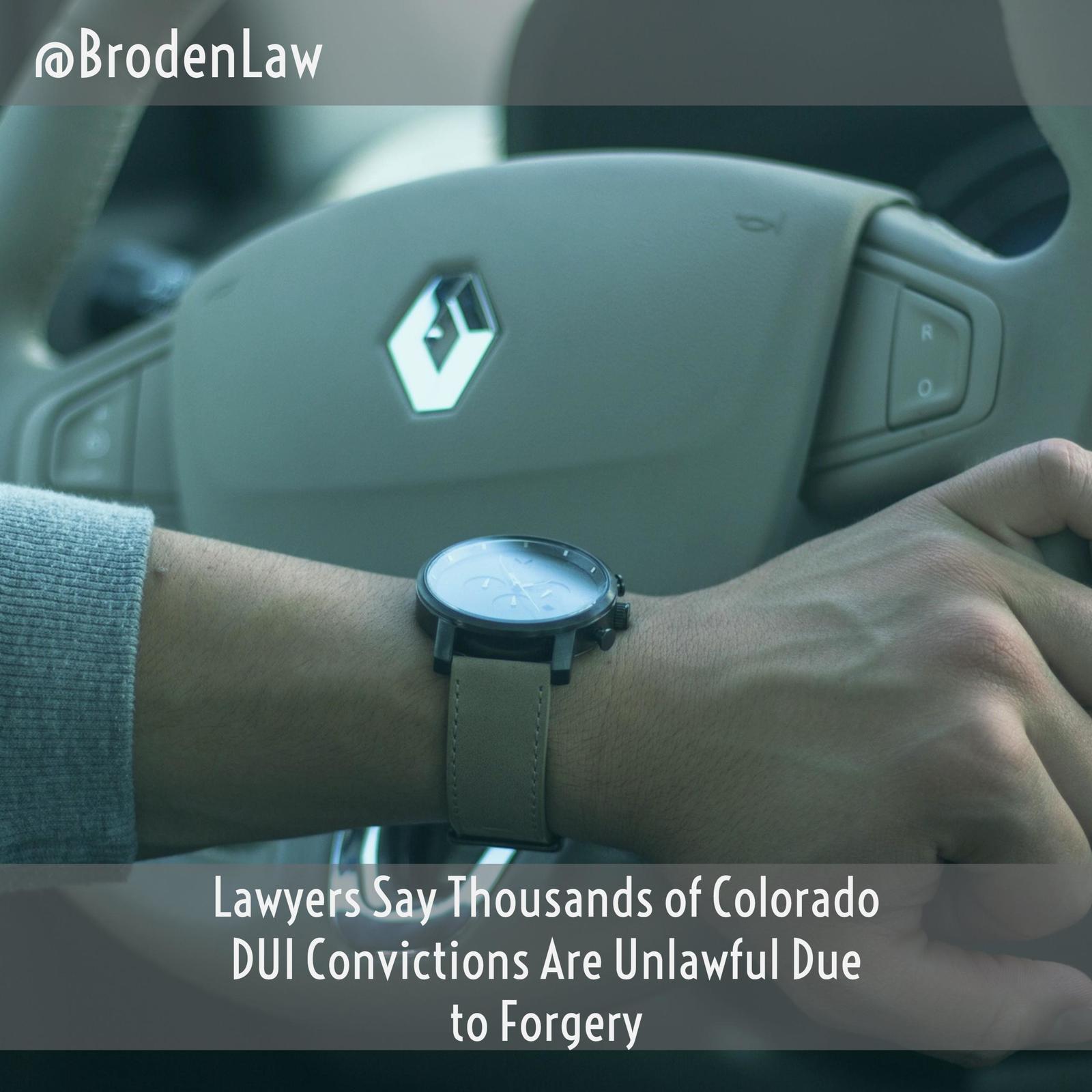 Accuracy must rely on the certificates signed by technicians authorized to test the machines and sign off on them.

A DUI conviction can have an enormous impact on a person’s life. Getting convicted of drunk driving leaves an individual with a criminal record that follows them from job to job. For people in certain professions, such as teaching, commercial driving, or childcare, it can even prevent them from working in their chosen field.

In Colorado, outrage is brewing over allegations that thousands of DUI convictions handed down in the state are unlawful after allegations surfaced that a technician responsible for certifying the states breathalyzer machines forged his signature on over 100 records in 2013.

Even more alarming, the Denver Post reports that a former laboratory director’s signature still appears on public health certificates used to prove that breathalyzer machines are correctly calibrated more than a year after she left the Colorado Department of Public Health — meaning the machines have not been re-inspected or recertified since her departure.

State’s Breathalyzer Certifications in Doubt After Admission of Forgery

The report explains that the certifications are critical, as DUI convictions depend on breathalyzer machines being correctly calibrated to measure the alcohol content in a person’s breath. Under Colorado law, experts aren’t allowed to testify as to a breathalyzer’s accuracy, which means that prosecutors must rely on the certificates signed by technicians authorized to test the machines and sign off on them.

Currently, there are 200 breathalyzer machines operating in 165 law enforcement agencies throughout Colorado.

According to one former electronics specialist who worked in a Colorado state lab, he saw a supervisor tell three people — none of whom were technicians and two who weren’t even employed by the state —to calibrate and validate the machines and then forge his name on the certificates. When the electronics specialist objected to the order, the supervisor overruled him. The specialist said he quit in 2015.

According to one estimate, there are at least 130 forged certificates on machines in use in Colorado police departments. In an email to the Denver Post, Colorado Governor John Hickenlooper’s legal counsel stated that the governor’s office does not believe there’s a need for an independent investigation and that “a thorough review already has been done, and no evidence of misconduct was found.”

The article states that criminal defense attorneys in Colorado’s Weld County have been able to get 33 DUI cases dismissed after proving that the breathalyzers used in those cases were incorrectly calibrated, causing them to record blood alcohol levels that were artificially high. The story states that other criminal defense attorneys in Colorado are currently working to bring other cases under new review.