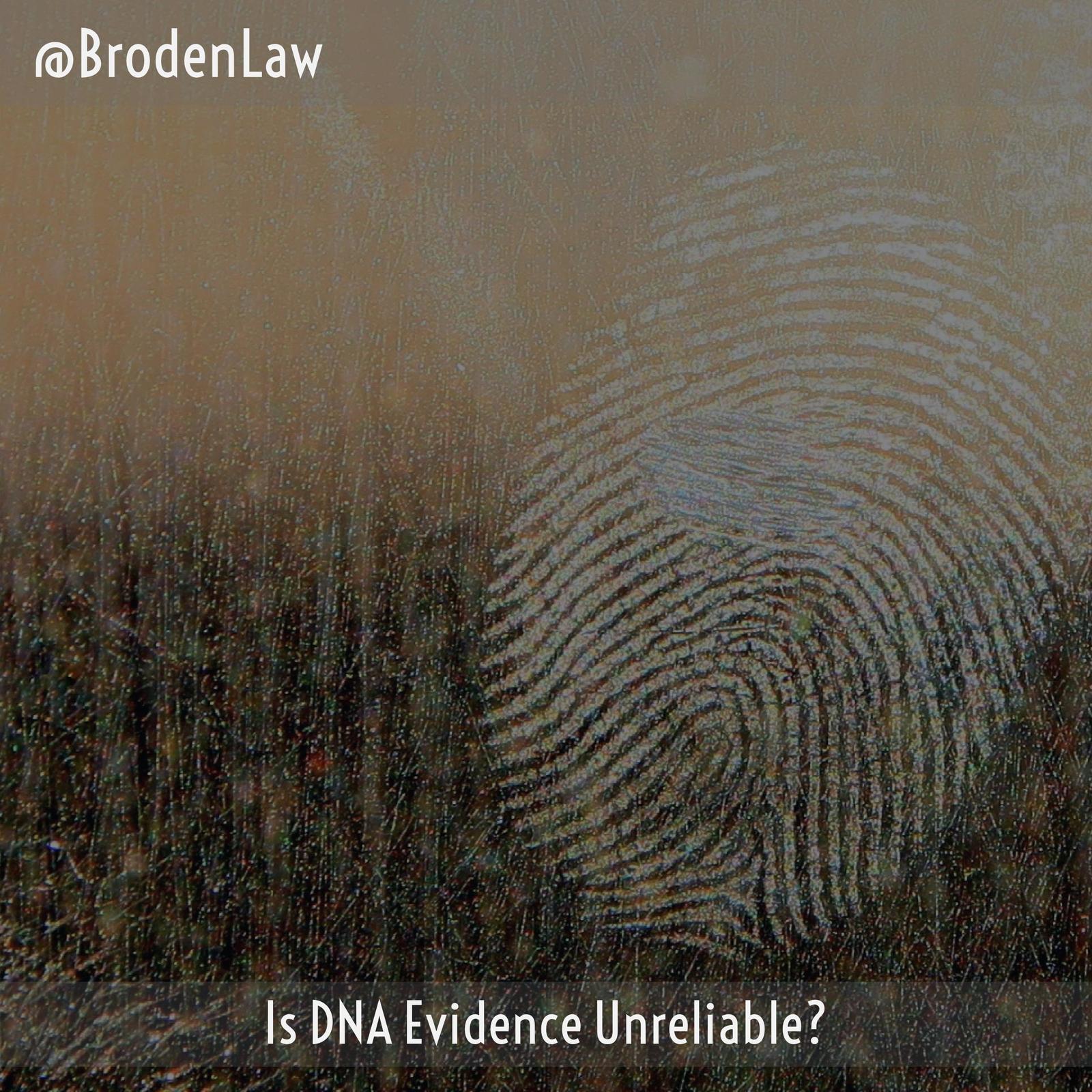 Is DNA evidence the most foolproof way to determine if someone has committed a crime?

If you watch a lot of crime dramas on television, or you’re a fan of detective novels, you might believe that DNA evidence is the most foolproof way to determine if someone has committed a crime.

Furthermore, you wouldn’t be alone in thinking that. Researchers have found that jurors often have a difficult time interpreting probability when it comes to DNA evidence. Dr. Jonathan J. Koehler, an expert in behavior at the University of Texas at Austin, states, “Research indicates that people generally aren’t very good at interpreting probabilities, and they are easily swayed by the way statistics are presented.” For example, studies have found that jurors in a criminal trial are more impressed by a probability of 0.1 in 100 than one in 1,000 even though the two sets of figures are mathematically identical. In a 2005 Gallup poll, 58 percent of respondents said they believe DNA evidence is “very reliable.”

Probability is one thing, but what about outright mistakes? Disturbing stats show that DNA evidence is sometimes flat-out wrong, leading to wrongful convictions of innocent people.

How Often Is DNA Evidence Wrong?

Biologist Greg Hampikian, a founder of the Idaho Innocence Project and an advocate for the adoption of new DNA techniques, states, “Just because it’s DNA doesn’t mean it’s good science.” Hampikian has used DNA to help exonerate at least 12 people who were wrongfully convicted of crimes.

Another DNA researcher calls current DNA analysis in crime labs “the Wild West.” He adds that “too much is left to the analysts’ discretion.” In a study conducted by the National Institute of Standards and Technology, 108 labs were asked to identify a single individual’s DNA sample in a mix of samples left on a ski mask. At the end of the experiment, 73 crime labs got it wrong.

In 2015, the FBI was forced to admit that mistakes in its crime labs involving microscopic hair comparison analysis resulted in errors in an overwhelming 90 percent of cases. As of 2016, the Innocence Project helped exonerate 178 people who were wrongfully convicted based on DNA evidence.

Jurors Have a Skewed View of DNA

One of the most troubling things about DNA evidence is how little jurors really understand it — and its shortcomings. Some courtroom experts call this the “CSI effect,” because jurors watch DNA used on television police and legal dramas and believe it’s infallible. In a 2008 study, a felony trial judge asked over 1,000 random jurors about their beliefs with respect to DNA. The results of the study support the “CSI effect.” Out of more than 1,000 people, 75 percent said they expect DNA evidence in rape cases, half said they expect to see it in murder cases, and 22 percent said they expect it in every type of case. In a separate study, researchers in Australia found that jurors in sexual assault cases are 33 times more likely to reach a guilty verdict if DNA evidence is presented.