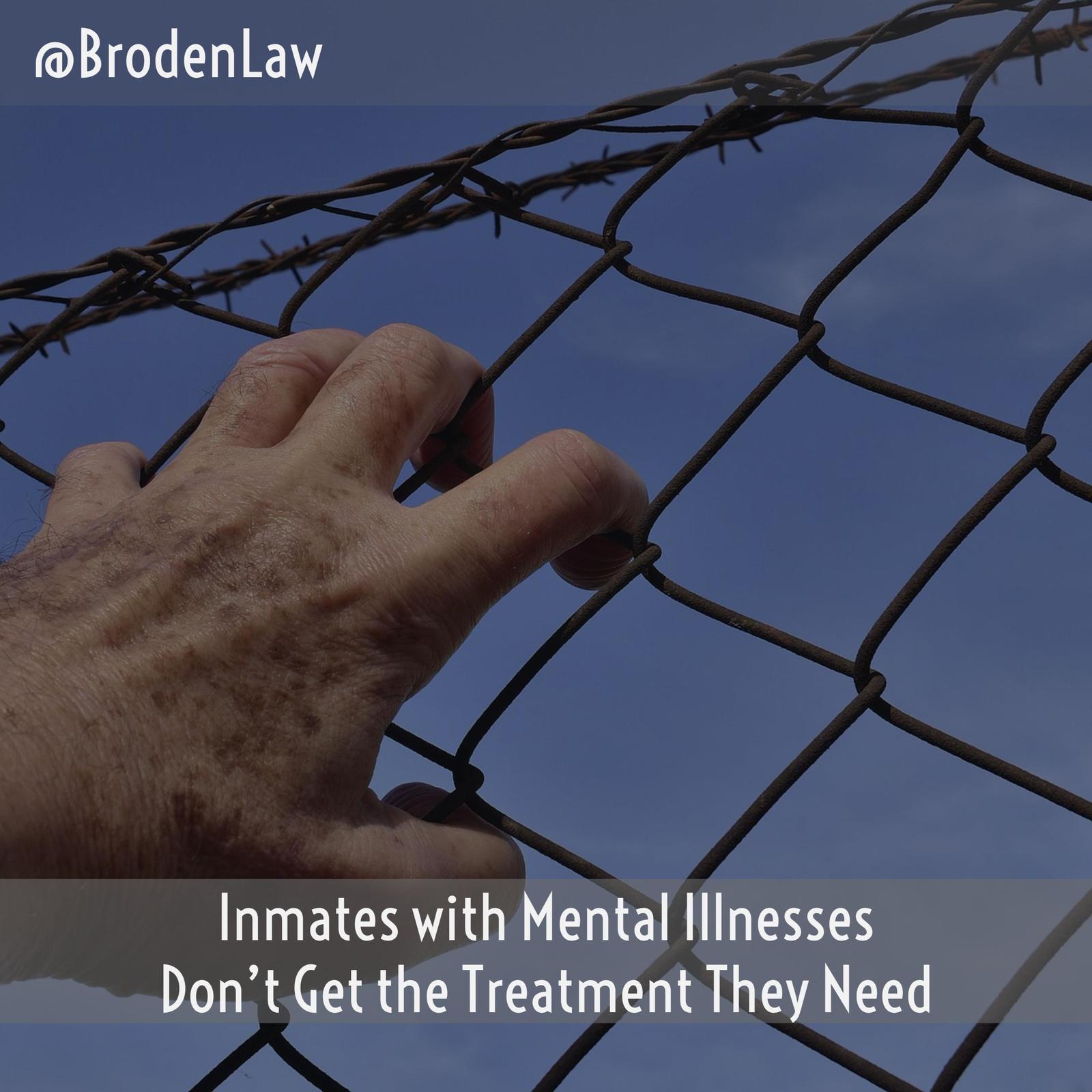 Inmates With Mental Illnesses Don’t Get The Treatment They Need

Are U.S. prisons criminalizing the mentally ill? That’s what a large number of criminal justice advocacy groups have stated — and their assertions are definitely backed up by the data.

A PBS report states, “There are now three times more people with serious mental illness incarcerated in the United States than in hospitals, and the types of behavioral and mental health problems among inmates are becoming more severe.”

Why Do So Many Prisoners Have Mental Illnesses?

Part of the reason the nation’s prisons and jails have such high numbers of inmates with mental health issues is the widespread closure of psychiatric hospitals throughout the 1960s. Sadly, even remaining mental health facilities have been hit hard by closures in recent years. In 2016, a counseling center that served 10,000 patients in the Chicago area closed.

When individuals have nowhere to turn for treatment, they often end up on the wrong side of the law. Furthermore, they are more likely to be arrested at some point down the road after their release. For example, in Ohio, among 132 mental health patients discharged from state hospitals, 17 percent were arrested within just six months of their release. In 2006, the federal government reported that one in six prisoners in state prisons and one in four in local jails suffered with psychosis.

The National Alliance on Mental Illness (NAMI) also reports that about 2 million people with mental illness are booked into jails every year. And once they are released, they often have no access to treatment or even basic healthcare. “At least 83% of jail inmates with a mental illness did not have access to needed treatment.”

Additionally, jailing inmates with mental illness consumes resources and results in these individuals remaining in jail longer than those without a mental illness. NAMI points out that they are also “at risk of victimization and often their mental health conditions get worse.”

If you or a loved one has been arrested or is facing prosecution, and you believe that a mental health crisis is at play, it’s important to contact an experienced Texas criminal defense lawyer right away. Resources are available to help you. Protect yourself by speaking to a knowledgeable criminal defense lawyer about your case.