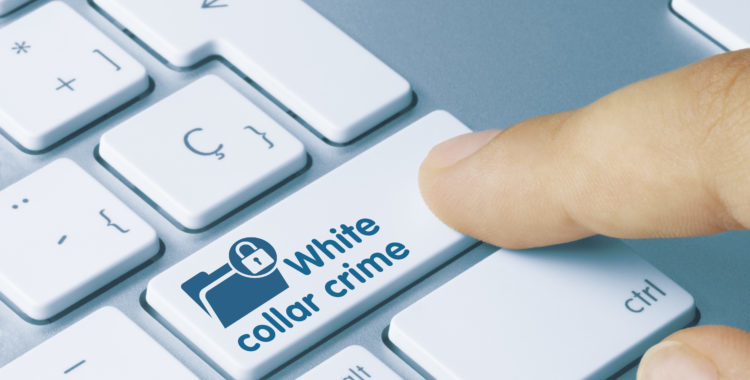 How Corporations Are Defending Themselves From White Collar Crime

Learn how corporations in Texas and across the country are fighting back white-collar criminals.

Crimes under the “white-collar” umbrella are financially motivated and usually nonviolent, but that doesn’t mean that the impact isn’t devastating. Over a third of businesses have been the victims of white-collar crime, which can cost large corporations billions of dollars. It can be hard to initially detect crimes like fraud and embezzlement, leaving companies with the difficult job of defending themselves from silent attacks.

For corporations, defending themselves against financial devastation means being proactive in fighting white-collar criminals. Here’s how corporations in Texas and across the country are fighting back.

It might seem odd to require a thorough background check for low-level, minimum wage positions, but upper management and corporate office positions are often filled based on recommendations and interviews. Vetting may not occur until long after a person has been appointed to a position of power and access, so corporations are becoming more diligent about screening all levels of their team.

Some corporations have started using anonymous tip lines, making it easier for team members to report their concerns. Colleagues are usually the first to recognize the signs of white-collar crime, whether it’s through, a shift in behaviors, suspicious emails, missing documents, or accounting that just isn’t adding up. Individuals who notice these things might think they’re overreacting or are concerned they’ll tarnish their reputation by reporting such “minor” concerns.

Strategies like conducting ethics training in person rather than online are more effective in protecting companies against white-collar crimes. Companies are also placing more of an emphasis on communicating the penalties associated with white-collar crime to dissuade temptation.

By taking advantage of sophisticated auditing software through regular internal audits, corporations can protect their assets and catch white-collar crimes before they have the chance to get out of hand.

White-collar crime often involves a far-reaching web of deception rather than being committed by a single individual. People in upper positions might feel they’re too important and let the “lower guy” take the fall for them. Corporations are growing stricter in who they’re willing to pursue and are doing so to the fullest extent of their capabilities.