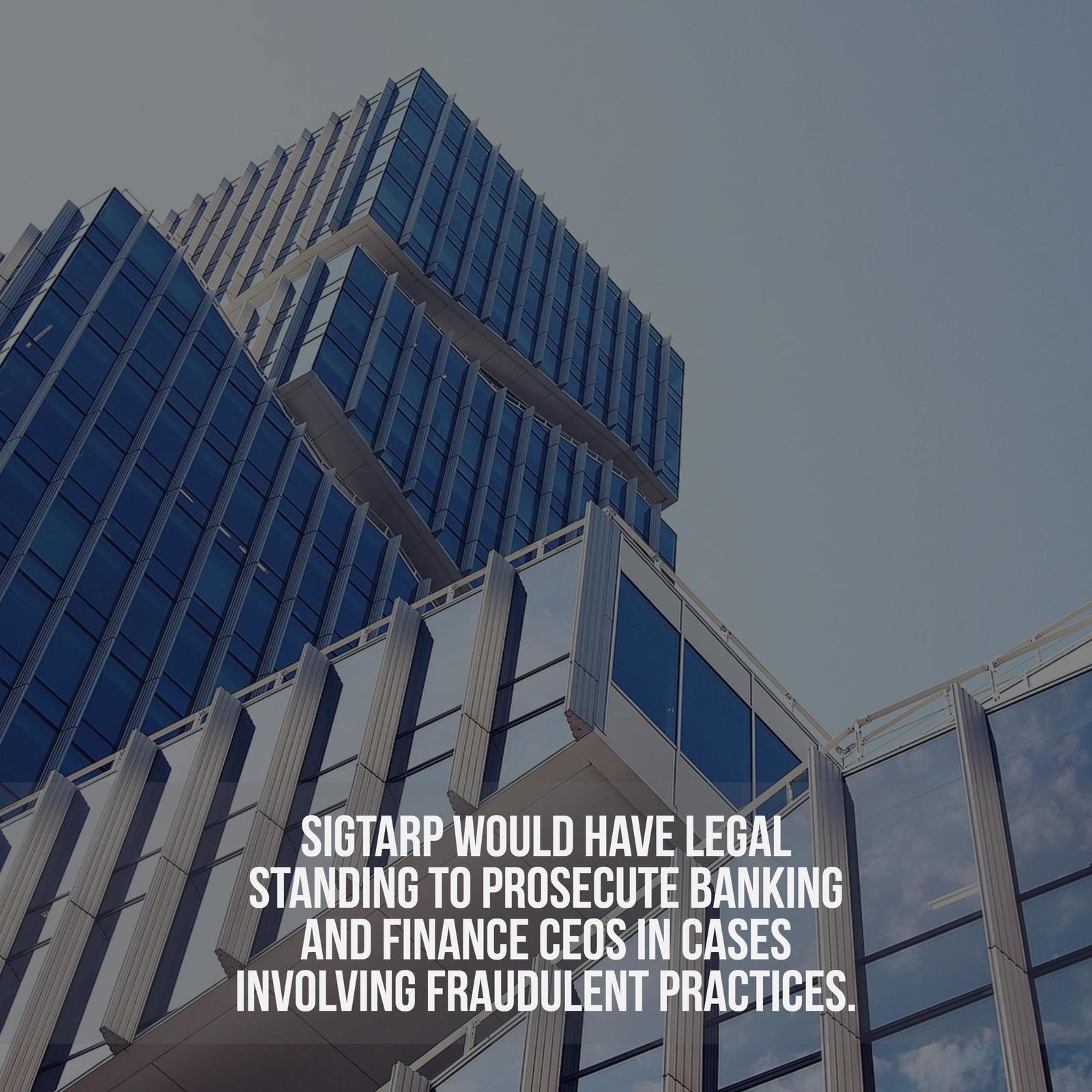 Much of the 2008 financial crisis in the United States has been traced back to Wall Street, however, comparatively few bankers and financiers have been forced to answer for their alleged misconduct. Now, a relatively new federal agency wants to change that.

Established eight years ago, the Office of the Special Inspector General for the Troubled Asset Relief Program (SIGTARP) has brought criminal charges against 85 bankers. The agency has also been instrumental in sending 36 individuals in the financial sector to prison for white collar crimes.

SIGTARP was formed in response to the financial crisis that prompted the biggest recession in U.S. history. The agency is small, but it has enforcement powers on par with the FBI, and it is authorized to make arrests and to perform searches in connection with suspected financial crimes. The agency also oversees the administration of the $40 billion bailout fund put in place to assist troubled homeowners affected by financial misconduct in the lending industry.

According to the Washington Post, however, much of these prosecutions have involved small- and mid-size banks—with the heads of the country’s biggest banks and Wall Street financial services companies remaining free.

SIGTARP officials say that getting at the CEOs of these major firms has been a challenge, as a pervasive Wall Street culture historically keeps its top talent “in the dark” when it comes to fraudulent conduct.

To counter this, SIGTARP is pushing for new legislation modeled on the Sarbanes-Oxley Act, which requires companies of all sizes to make financial disclosures to protect investors from fraud. Similar laws would make it mandatory for CEOs and other front office executives in the financial sector to review their companies’ financial reports. By making executives accountable for their organizations’ policies, SIGTARP would have legal standing to prosecute banking and finance CEOs in cases involving fraudulent practices.

Discuss Your Case with a Texas White Collar Crime Lawyer