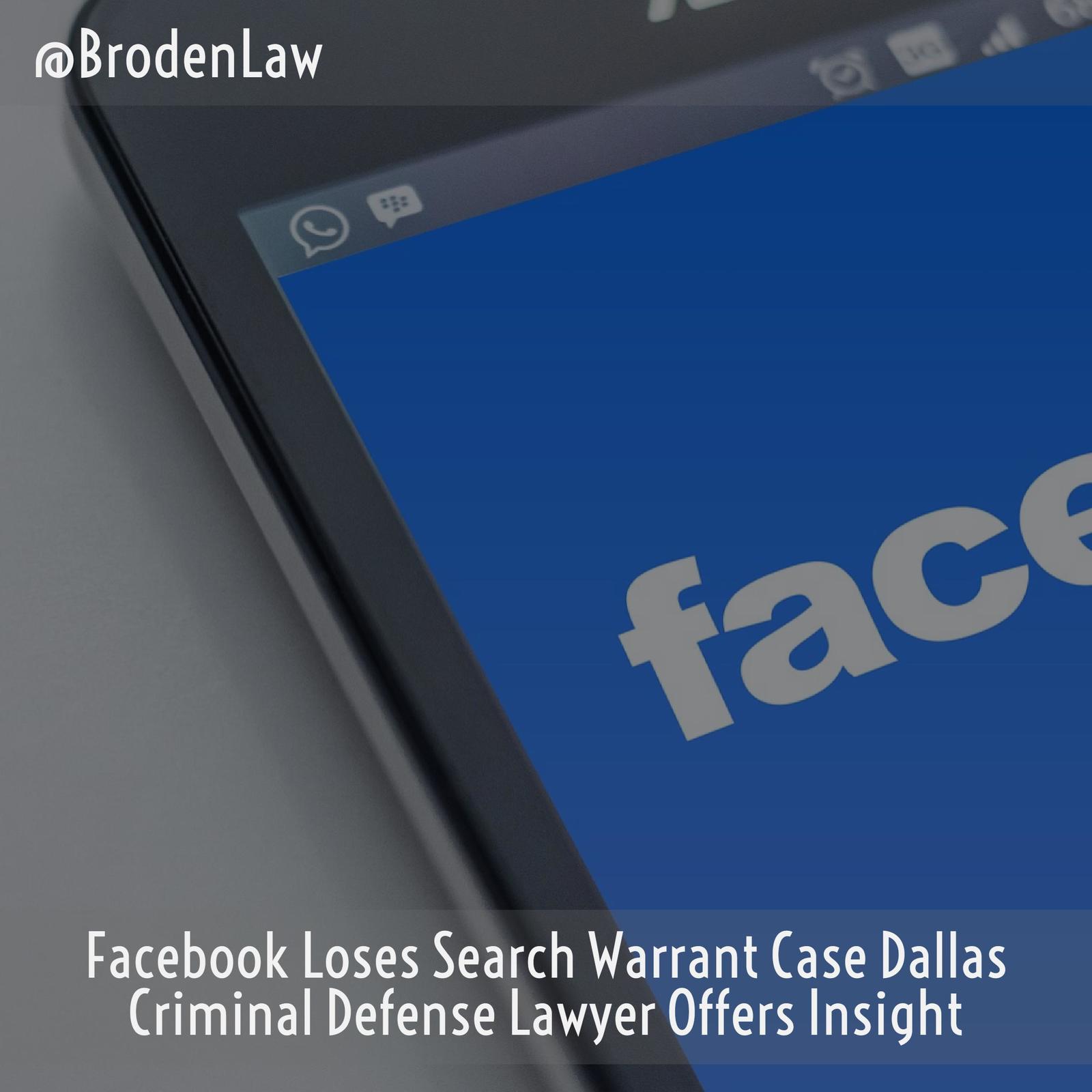 There is no question that the internet has forever changed privacy rules. Because the pace of technology moves much faster than the law, courts are often challenged to make decisions about how the law applies to internet privacy and constitutional rights.

In April 2017, the New York Court of Appeals ruled 5 to 1 that it lacked jurisdiction to decide Facebook’s appeal of warrants obtained by the Manhattan district attorney’s office.

According to a Reuters report, “the decision is a defeat for internet privacy advocates.”

The case began in 2013, when prosecutors sought and received warrants ordering Facebook to hand over account information for hundreds of individuals suspected of engaging in disability benefits fraud. Several of the account holders targeted were retired police and firefighters suspected of faking sickness related to the September 11, 2001 World Trade Center attacks.

Facebook initially resisted the warrants, claiming they were overly broad, but eventually gave in when prosecutors threatened to hold the company in criminal contempt.

While Facebook complied with the warrants, it also appealed them on privacy grounds. In addition to claiming that the warrants were overly broad, Facebook also objected to the gag order that accompanied the warrants and prevented the social media company from notifying affected users that their account information was being turned over to law enforcement.

Although the judge writing for the majority opinion stated that the case “undoubtedly implicates novel and important substantive issues regarding the constitutional rights of privacy and freedom from unreasonable search and seizure, and the parameters of a federal statute establishing methods by which the government may obtain certain types of information,” the court claimed it was bound by law and thus lacked the authority to rule on Facebook’s claims.

Internet privacy advocates and civil rights groups stated they were disappointed with the court’s refusal to rule on the merits of the case. The New York Civil Liberties Union called the warrants a “fishing expedition” that was overly broad and a clear violation of Facebook users’ privacy rights.