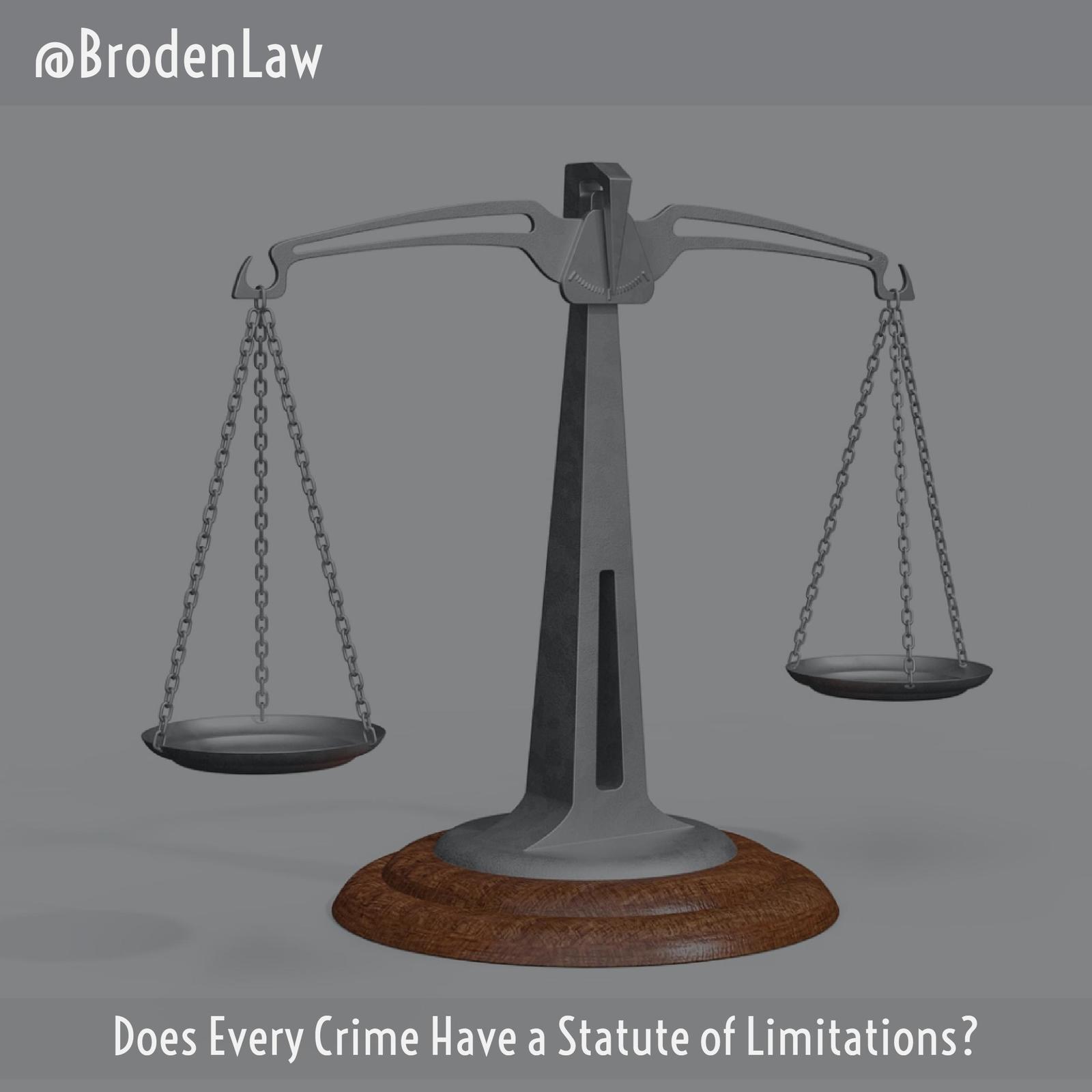 Does Every Crime Have A Statute Of Limitations?

Statutes of limitations put a limit on how long a person can be prosecuted for a crime. These time limits also exist in civil law. For example, the statute of limitations for suing someone over a breach of contract is generally 10 years. This ensures that people don’t have to spend their lives constantly looking over the shoulder, anticipating a lawsuit over something that happened decades ago.

In the criminal context, statutes of limitations work the same way. In most cases, the clock starts running when the person commits a crime, however, there are some instances in which the clock is delayed.

What If the Statute of Limitations Has Run on My Crime?

Crimes Without a Statute of Limitations

In certain cases, society considers some crimes so terrible that there is no time limit on prosecuting them. In Texas, for example, there is no statute of limitations for murder or manslaughter. Texas has also eliminated time limits for specific types of sexual assault.

The rules are different in other states. In Arizona and Colorado, for example, state law puts no time limits on crimes involving public funds or public records. In Colorado, there is no statute of limitations for the crime of treason. Other states have done away with statutes of limitations for crimes like kidnapping, arson, and violent offenses.

If you’re facing any type of criminal prosecution in Texas courts or federal court, it’s important to contact a Dallas criminal defense lawyer about your case.