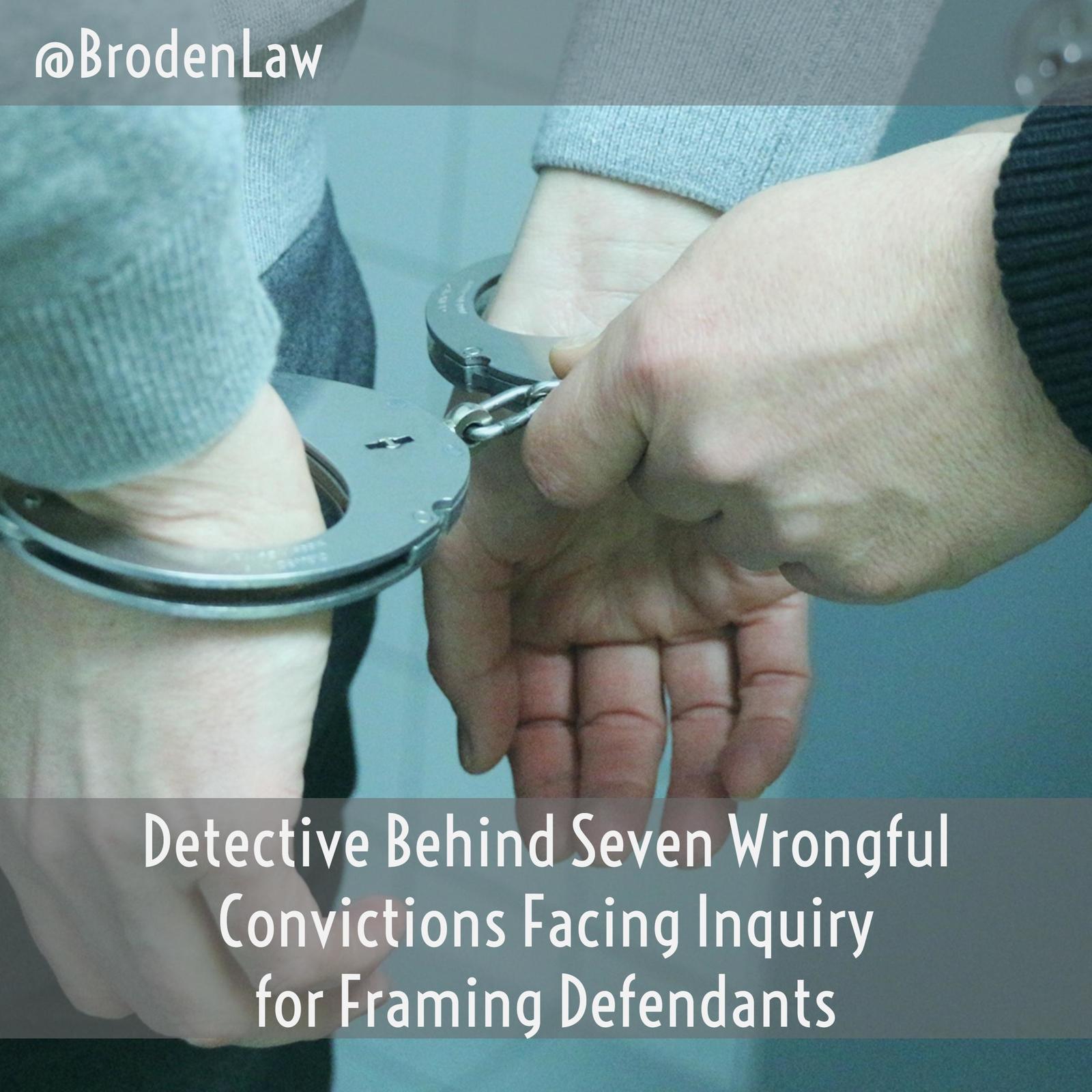 It sounds like something out of a crime novel. Unfortunately, it’s reality. A New York Times report states that Louis Scarcella, an infamous New York City detective, is facing an inquiry into his past police work.

So far, Mr. Scarcella has not been accused of a crime. However, courts have overturned seven murder convictions brought about by his investigative work — and more could follow. In 2013, the Brooklyn district attorney’s office ordered a review of 50 murder cases Scarcella worked on throughout the 1980s and 1990s.

A closer look at dozens of Scarcella’s cases reveals what the New York Times has called “a disturbing pattern.” Throughout his career, evidence shows that Scarcella relied on the same eyewitness — a drug addict — over and over again across multiple cases.

In one case, a court overturned a conviction after the defendant had already spent 23 years in prison for allegedly murdering a rabbi. The New York Times reports: “[Scarcella and his partner] removed violent criminals from jail to let them smoke crack cocaine and visit prostitutes in exchange for incriminating [the defendant].” Another witness said that Scarcella told him who to choose in a police lineup rather than letting him select a person on his own.

Despite never charging Scarcella with a crime or officially accusing him of police misconduct, the State of New York and New York City have paid over $40 million in civil claims stemming from his police work.

The article goes on to state that even if Scarcella was accused of a criminal act, the statute of limitations has most likely passed, which means he would not be subject to prosecution in connection with any of the cases currently under review.

The U.S. has the highest incarceration rate in the world. According to one study, 1 in 25 inmates facing execution is actually innocent. In 2015 alone, 149 people were exonerated and released from prison after having served time for a crime they didn’t commit. In 2014, there were 139 exonerations. And in 2015, an astounding 40 percent of the exonerations involved official misconduct.

Although it might sound dramatic or farfetched to claim you were “framed” by the cops, the Scarcella cases show that detectives and police officers aren’t always interested in pursuing justice. No one can give back the 23 years of life and freedom that the wrongfully convicted man in the overturned murder case lost. Tragically, police and detectives really do frame people. They also engage in official misconduct that can end up putting an innocent person behind bars for decades. If you believe you have been the victim of police misconduct, get in touch with a Texas criminal defense lawyer right away.