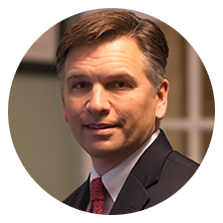 Dallas criminal defense attorney Mick Mickelsen discusses the legal rights of individuals who are stopped by police and subjected to searches in the state.

Dallas criminal defense attorney Mick Mickelsen discusses the legal rights of individuals who are stopped by police and subjected to searches in the state.

Weeks ago, the story of a Texas woman who claimed she was forced to endure an illegal body cavity search after being pulled over by police made national headlines. According to news reports, the woman, Charnesia Corley, 21, said that she was on her way to run an errand when she was pulled over by a sheriff near a gas station and searched.

“A Texas woman says police held her down in a gas station parking lot, pulled off her pants and subjected her to an illegal and humiliating body cavity search in plain view of passing pedestrians and motorists.

Charnesia Corley, 21, said she was running an errand for her sick mother when a male Harris County sheriff's deputy pulled her over near a Texaco station on June 21 and accused her of running a stop sign. The deputy said he smelled marijuana coming from the car, which in Texas is probable cause to search a vehicle.”

Texas is one state where numerous reports of this type have been made over time. In another incident, two women received a $185,000 settlement from Texas state police after claiming they were subjected to an illegal body cavity search during a routine traffic stop. The number of similar incidents reported in recent years has led some to question whether there is cause for alarm. Last year, the state Legislature passed a law in hopes of curtailing the illegal activity; however, some suggests a widespread problem may still persist.

Dallas criminal defense attorney Mick Mickelsen of the Dallas based Texas state and federal criminal defense law firm, Broden, Mickelsen Helms & Snipes says of the most recent case “This case as reported is a little bizarre. The law permits Federal agents at the border to conduct body cavity searches if they have reasonable suspicion that the suspect is transporting contraband in their alimentary canal. Generally, the Supreme Court has extended the right of law enforcement to conduct searches at the border. I don't know why the officers were suspicious in this case and cannot comment on whether their suspicion was “reasonable.”

The attorney further states “Most bizarre is the allegation that the search of her body cavities occurred in plain view…I think the police, if they feel they have reasonable suspicion to conduct such a search at the border and the suspect resists, should put the suspect in handcuffs and take the suspect some place private.”

The Texas criminal lawyer says that individuals who are stopped by police and subjected to a search have the right to not be subjected to intrusive body searches that are in violation of the law. In fact Mickelsen notes an illegal search or seizure may be grounds for those fighting criminal cases to see their cases dismissed due to the unlawful way that evidence against them was obtained.

For individuals charged with a state or federal criminal offense, who have been subjected to illegal body cavity searches, a criminal defense attorney can help them with understanding their legal rights when it comes to their case. Those faced with this predicament in the state of Texas can contact the Broden, Mickelsen Helms & Snipes law firm by calling 214-720-9552 for assistance.