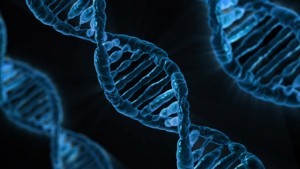 Dallas sexual offense attorney news update: More than two years after Texas started to require all law enforcement agencies to tally up and submit all previously untested rape kits for testing, Dallas Police still have as many as 4,000 untested rape kits.

But the department is now getting to work on the backlog, leading to new arrests.

Six years after a woman was raped at knifepoint in east Oak Cliff, a suspect was arrested thanks to recently tested DNA, police said at the end of July.

Dallas police say recently tested DNA led to the arrest of Joseph Beaty, 41, who is accused of raping a woman at knifepoint in east Oak Cliff six years ago. He is reported to be a suspect in at least five other rapes in the city. Of six sexual assaults, police say four were linked to Beaty “through DNA from rape kits that were tested as part of the department’s effort to clear its backlog of roughly 4,000 untested kits.”

The Dallas Morning News reported that detectives identified Beaty, of Irving, as a suspect in two more sexual assaults that took place in 2014. In both of those cases, DNA evidence is not available because the victims didn’t undergo rape exams, stated in an arrest warrant affidavit.

The Dallas Morning News quoted Police Maj. Jeff Cotner, who oversees violent crime investigations in the city. He said in the older cases, the rape kits weren’t tested at the outset because the victims had stopped working with police. In the past, police did not test kits in those types of cases. Now all kits are tested.

Police say they hope other alleged victims will come forward to bring allegations against Beaty.

“We’re not done yet,” Cotner said. “We plan on putting every case we can on him.”

He said there are a number of reasons why the victims may have stopped working with police including being traumatized. Cotner also suggested detectives may not have questioned them with sensitivity. He contrasted the situation with today’s approach in which detectives’ partner with victim advocates and counselors to make victims feel more comfortable.

Now police are able to go back to the victims and say, “Give us an opportunity to hold this person accountable for victimizing you as well,” Cotner said in the Dallas Morning News report.

Beaty was arrested in 2014 in connection with an alleged rape in Arlington that occurred in 2013. A grand jury declined to indict him at that time. However, the arrest meant his DNA made it into a national database, allowing Dallas police to match him to their cases.

The rape kit from an alleged attack at knifepoint in 2009 was untested until the Dallas Police Department’s sexual assault kit cold case initiative, which began last October. Some untested kits date to 1996.

Last month the Dallas Morning News reported on how Dallas police are starting to get results back from testing a backlog of about 4,140 rape kits. Police expect an upsurge in new cases for the district attorney’s office to prosecute in the coming months.

To accommodate an influx of 400 cold cases anticipated by the end of 2016, Dallas County District Attorney Susan Hawk recently announced she has expanded her office’s sexual assault unit. She also wants to add a victim’s advocate if she can secure funding.

Sexual offenses such as rape carry very high penalties. Due to complexities such as the use of DNA in cold cases, you should consult an experienced Dallas criminal defense attorney, if you are charged with a sexual offense.