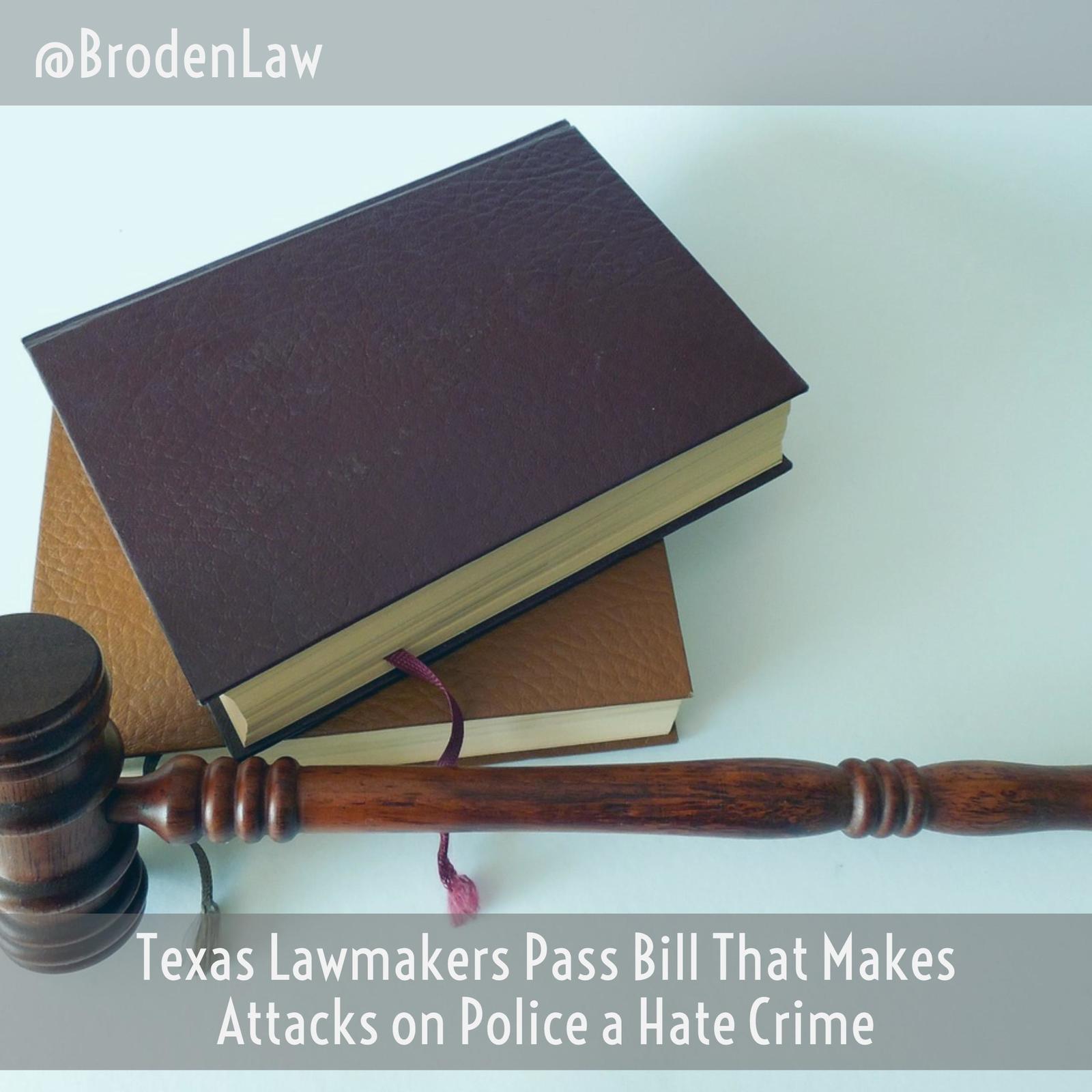 Texas lawmakers in the state Senate passed a bill that would make attacks on police officers a hate crime under state law. Dallas Criminal Defense Lawyer

The proposed bill, House Bill 2908, passed both the state house and the senate. If signed by Texas Governor Greg Abbott, it will become state law.

According to one media report, the bill was proposed in response to two attacks on police officers and law enforcement officials in Texas. In 2016, six police officers were killed in Dallas. In 2015, Judge Julie Kocurek was injured outside her home in Austin.

If Governor Abbott signs the bill, it will go into effect on September 1, 2017.

Dallas Criminal Defense Lawyer Explains What Is a Hate Crime?

Hate crimes aren’t always easy to define, as there are a number of federal laws that make it illegal to commit certain offenses against individuals or entities based on a definitive characteristic — regardless of whether the individual actually possesses that characteristic, or the offender simply believes they do.

Under the Shepard Byrd Act of 2009, it’s a hate crime under federal law to cause bodily injury, or to attempt to injure someone with a dangerous weapon, due to the person’s actual or perceived race, color, religion, national origin, gender identity, disability, or sexual orientation.

Many states also have their own specific hate crime laws. As the New York Times reports, a wave of hateful crimes in recent months has led “a half-dozen states” to introduce “anti-hate legislation aimed at beefing up penalties and expanding definitions of what constitutes hate.”

Although it’s difficult to determine just how many hate crimes occur in the U.S. annually, experts believe the number of hate crimes has increased in recent years. A study of data from law enforcement and government agencies across 25 metro areas reveals that hate crimes jumped approximately six percent between 2015 and 2016.

The report goes on to state that the definition of “hate crime” varies from state to state. In five states — Arkansas, Georgia, South Carolina, Wyoming, and Indiana — there are no state hate crime laws. However, that would not stop an individual from being prosecuted for a hate crime under federal law.

If you’ve been charged with a hate crime, it’s important to get experienced legal help from a knowledgeable Texas criminal defense lawyer. The penalties for a conviction are severe. Protect your rights by speaking to a lawyer today.