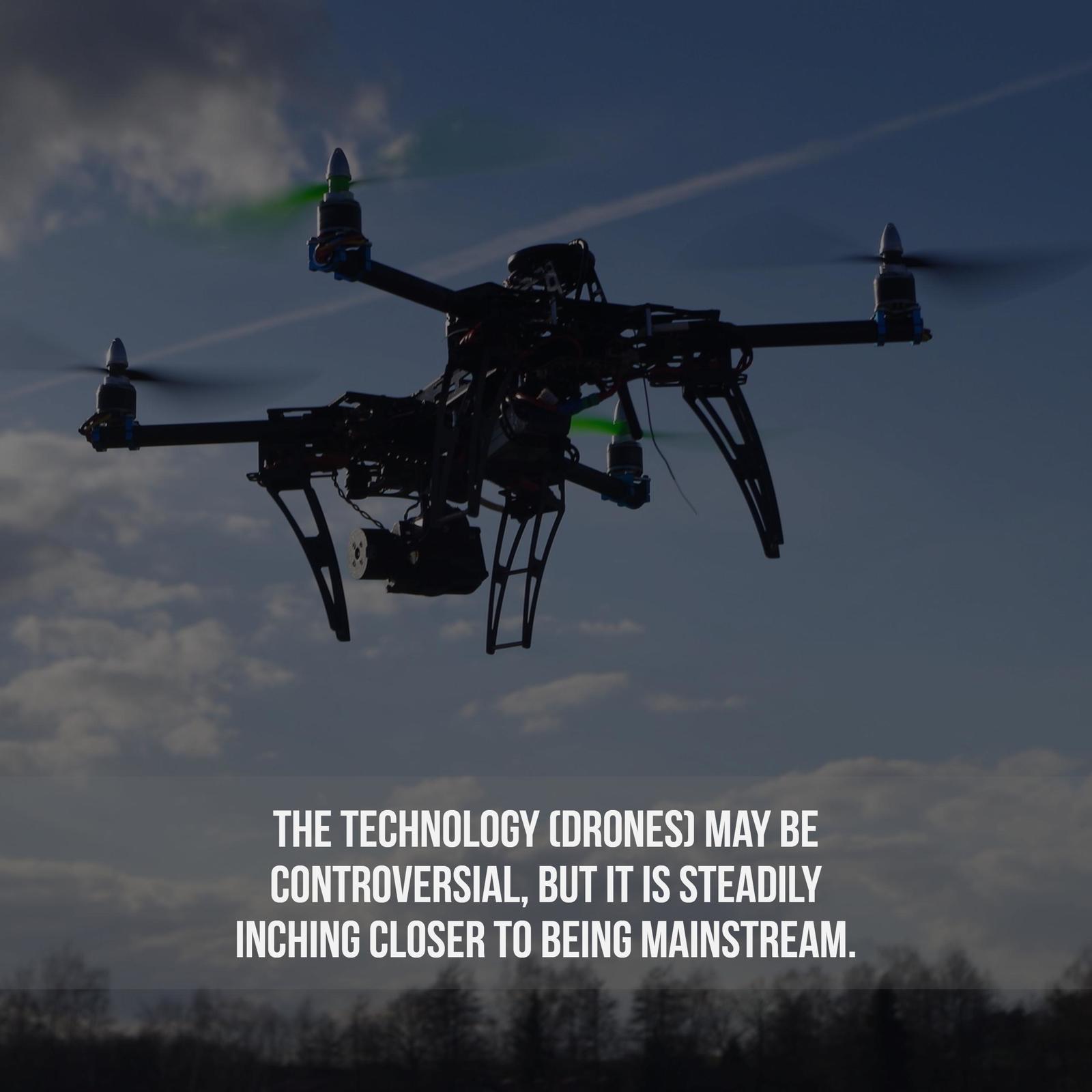 Are Armed Police Drones Coming to a Sky Near You? Asks Dallas Criminal Lawyer Mick Mickelsen

Online retail giant Amazon has famously unveiled plans to begin delivering packages by way of drone. Now, the eponymous company behind the Taser stun gun says it is considering developing drones equipped with the ability to fire from the skies.

It sounds like science fiction, but Taser company representatives have already met with police departments to discuss the viability of police drones capable of shooting suspects.

If you have been charged with a state or federal crime in Texas, the Dallas criminal defense lawyers at Broden & Mickelson can help. Don’t wait to speak to a criminal defense attorney about your case.

According to a Taser spokesman, quadcopter drones outfitted with stun gun technology could potentially be used by police departments and other law enforcement agencies in use-of-force situations that pose a safety risk to officers.

The Taser representative went on to say that the idea for the armed drone came from the Dallas Police Department, which already uses a bomb-disposal robot. In July 2016, the robot was employed to remotely kill a sniper in a shootout. Other police departments around the country have purchased similar robots, which can remove a threat without compromising the safety of officers or bystanders.

However, the drones would also be self-driving instead of being piloted by police—something that has the potential to raise tough questions about the decision to use force. When a robot is technically the one making the decision to fire, is it really possible to determine how the robot made its decision, or whether that decision was justified?

This is not the first time a company has proposed the idea of an armed drone. A different company debuted an armed drone in 2014, but squashed the project after the drone shot an intern with a stun gun.

The technology may be controversial, but it is steadily inching closer to being mainstream. Far from being a concept, it already exists in at least one state. In 2015, lawmakers in North Dakota okayed police to mount weapons on drones. The new law requires that armed police drones be equipped with “less than lethal force,” however, one report points out that allegedly non-lethal weapons caused 39 deaths in 2015 alone. Other non-lethal weapons, such as tear gas and rubber bullets, have caused serious injuries.

Have you been charged with a crime at the state or federal level? Get an aggressive criminal defense team on your side today. The lawyers at Broden & Mickelsen are Board Certified in Criminal Law and Criminal Appellate Law by the Texas Board of Legal Specialization.

Get your free case evaluation from a Texas state and federal criminal defense lawyer today by calling 214-720-9552.