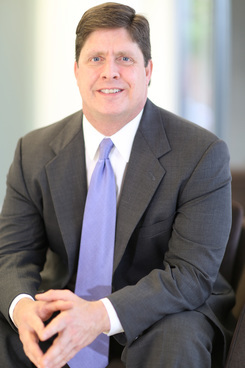 Dallas criminal defense lawyer John Helms has obtained a not guilty verdict for a woman accused of felony deadly conduct in Hunt County.

Dallas criminal defense lawyer John Helms has obtained a not guilty verdict for a woman accused of felony deadly conduct in Hunt County.

A Hunt County jury returned a unanimous verdict of not guilty on all charges filed against a woman accused of felony deadly conduct. Prosecutors alleged that the woman shot a gun at or in the direction of two employees of a local electric company. The state also asked the jury to consider the lesser charge of recklessly shooting a gun in a way that endangered the electric company employees.  During trial, the two electric workers testified that they heard bullets whizzing by them and hitting only a few feet away from them.

Dallas based criminal defense attorney John Helms, who provided representation for the woman in the case maintained in his defense that she was firing warning shots to scare off an unknown trespasser or coyote after her dogs alerted her to something in the woods. She was home alone at the time of the incident and did not know that there were electrical workers on her property in a heavily wooded area behind her house.

The jury deliberated the case for approximately one hour and forty-five minutes before finding the woman not guilty on all charges on July 15, 2015. The trial lasted three days.

The Texas Penal Code defines deadly conduct as a crime committed when a person recklessly engages in a behavior that places another individual in imminent danger of being seriously injured physically. The serious bodily injury must also pose the risk of death or cause a death, loss of bodily functioning in part or whole, or serious disfigurement of one’s body that remains permanent.

A deadly conduct charge is a third degree felony if the defendant is accused of discharging a firearm at or in the direction of one or more individuals. According to Texas defense lawyer John Helms, fighting against these types of charges can be challenging due to how some prosecutors interpret the law and how jurors see a defendant’s actions in terms of the language provided to them in how the law should be viewed to render a guilty verdict. Says Helms “fortunately in the case of my client the jury understood that the circumstances support the defense’s claims and justice prevailed so that a woman who was simply concerned for her safety was not punished because of an ambiguous element of the law.”

The Dallas based criminal defense team of Broden, Mickelsen, Helms & Snipes have more than a century of combined legal experience helping protect the rights of those accused of Texas state and federal crimes. The firm has been voted the best by D Magazine and attorneys of the firm have been rated by Super Lawyers for 10 years.

Attorney John Helms, who transitioned from a solo practice to join the law firm in 2015, previously served as Assistant U.S. Attorney for the Northern District of Texas, Dallas division. As a federal prosecutor, the criminal defense lawyer never lost a trial or appeal.

Individuals who have been charged with a Texas state or federal crime and require legal assistance can contact the attorney for more information about how to receive help from the Broden, Mickelsen, Helms & Snipes firm.

More information about the law firm or Attorney John Helms can be found by visiting http://www.brodenmickelsen.com/.