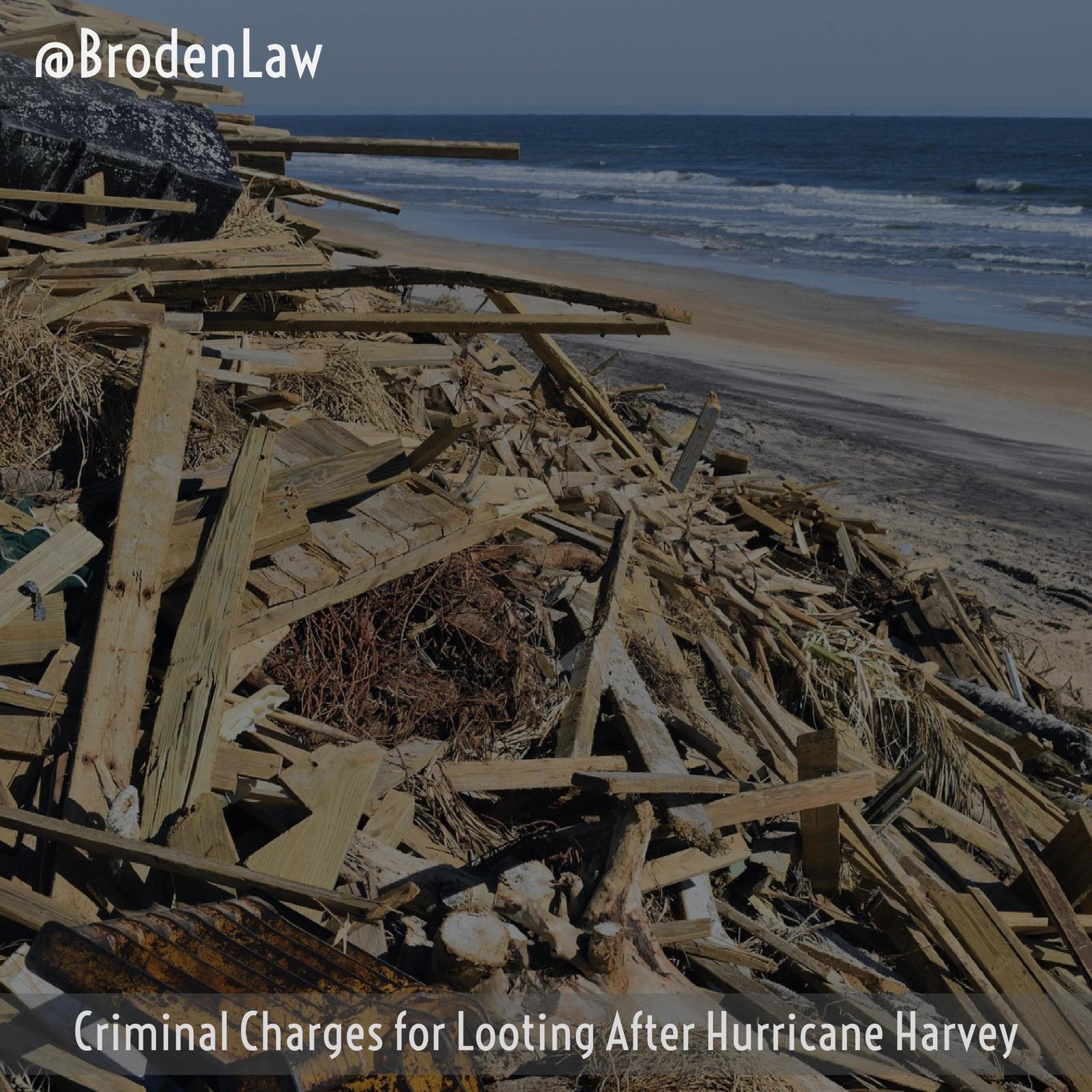 Just a handful of states have specific laws that address looting

The flooding and devastation caused by Hurricane Harvey will affect Houston and greater Texas for years to come. As people slowly begin to return to their homes and rebuild, prosecutors in Harris County and the surrounding areas have already pursued looting charges against 14 people, according to media reports.

The Harris County District Attorney has also stated that “burglarizing a home in a disaster area could carry a life sentence under Texas law.” Under state law, prosecutors can also pursue enhanced penalties for property crimes, such as burglary and robbery, which occur “during a state of disaster.”

However, is there a difference between looting for material gain and looting for survival? If you’re charged with “stealing” bottled water or groceries because you’re desperate and starving, does the law allow any leniency? A natural disaster like a severe hurricane often forces courts to examine the individual and unique circumstances of a case and the environment in which it occurred. Just a handful of states have specific laws that address looting. In most states, prosecutors turn to theft statutes to pursue charges against individuals charged with looting.

Looting for Survival vs. Opportunistic Theft

The potential differences between looting for survival versus so-called “opportunistic theft” surfaced when an ABC News reporter announced on Twitter that he had observed individuals breaking into a grocery store and had reported them to the police. The reporter faced backlash online, with people responding “looting a supermarket in a flood is also known as getting food” and “people taking food from supermarkets in a multi-day disaster are not looters, they are survivors.”

Most people tend to make a distinction between “theft” of things like food items, water, and first aid supplies versus breaking into an appliance store and making off with plasma televisions and expensive electronic equipment. The first items likely have little monetary value; the second are unrelated to basic needs, such as food and water.

According to a Forbes report, social psychologists even make a distinction between “looking of goods needed for survival,” “opportunistic theft of goods such as TV sets,” and “collective action, conditioned by the political environment.”

James Glass, a political science professor at the University of Maryland, calls the first type of looking “justifiable,” stating, “When there is a breakdown of civil order, and when people fear they are going to starve or die of thirst, one could make a moral case in these sorts of circumstances for looting.”

Unfortunately, police may arrest people first and ask questions later. Anyone charged with a property theft crime following a natural disaster should speak with an experienced lawyer to discuss their options.