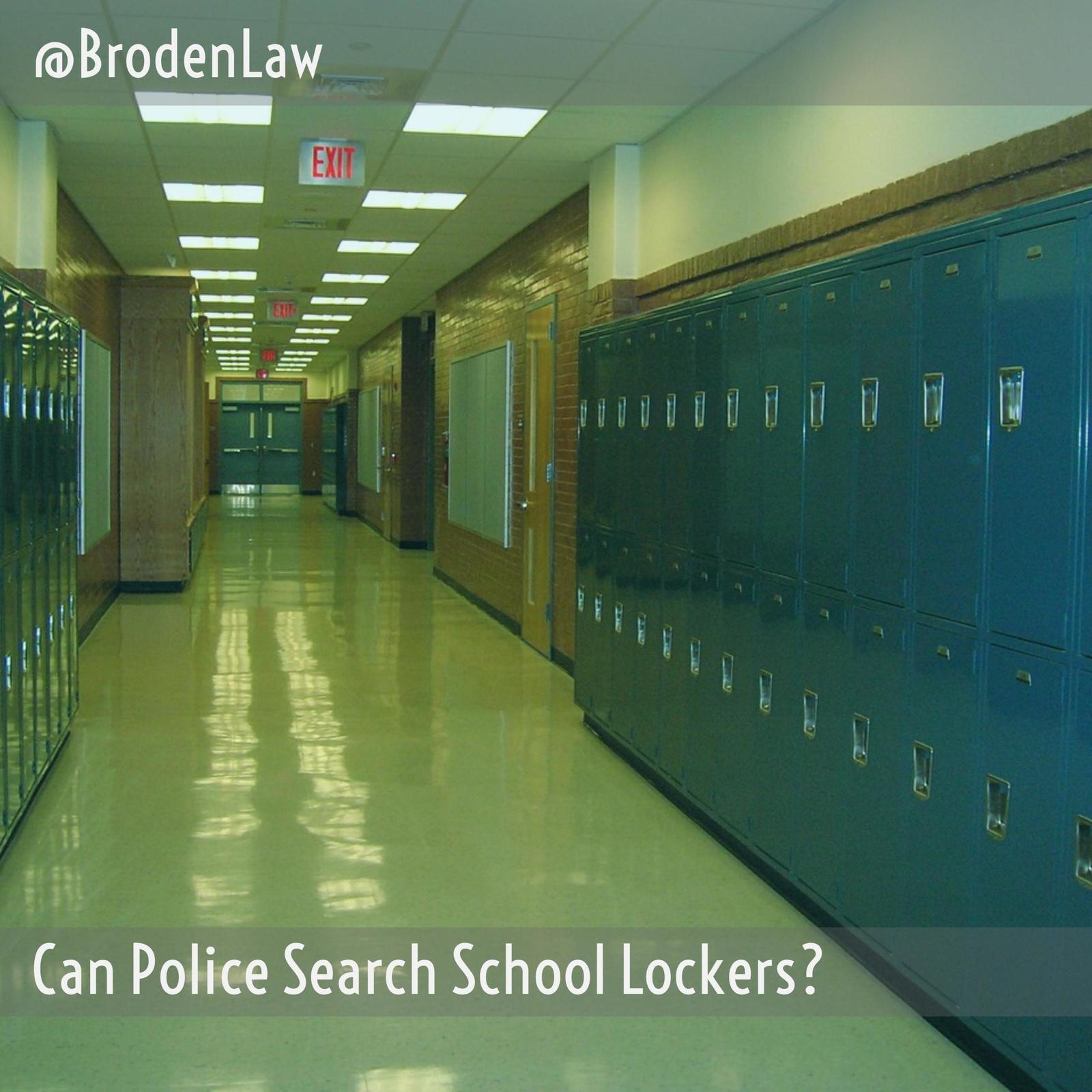 According to an April 2017 report, police in Georgia conducted a drug dog sweep of a high school, then followed it up with pat down searches of 900 students. Some students said the searchers were “aggressive.” School officials stated that they did not authorize the searches.

The report states that many parents and school administrators are angry about the personal searches of students. It’s also worth noting that none of the searches turned up any drugs.

The story raises a good question: Can police enter a school and search whatever they want — including students?

The default rule under the Fourth Amendment to the U.S. Constitution is that police need a warrant to conduct a search anywhere people have a “reasonable expectation of privacy.” As you might expect, there is an entire canon of case law devoted to defining where citizens can expect to enjoy privacy.

In many cases, the U.S. Supreme Court has carved out exceptions to the Fourth Amendment. For example, sometimes the interests of public safety outweigh any single person’s privacy rights.

This is precisely why the Court has ruled that students don’t have a right to expect privacy in school. In New Jersey v. T.L.O. (1985), the Court ruled that a school’s interest in maintaining order and discipline outweighed a student’s legitimate expectation of privacy.

In the T.L.O. case, a teacher caught a 14-year-old girl and her friend smoking in a bathroom. When the teacher took the students to the principal’s office, they denied smoking. The principal then searched one student’s purse and discovered cigarettes, marijuana, and other drug paraphernalia. The Court ruled that the search was reasonable. The teacher had a reasonable basis to suspect that the student had cigarettes in her purse — a violation of school rules. Thus, the search was permissible.

Police School Searches Must Be Reasonable

However, police searches — or searches conducted by school administrators — must be backed up by “reasonable grounds.” In other words, school staff or police officers can’t just randomly show up at a school and demand access to students’ lockers just because they feel like it. They need a reasonable suspicion that the search will turn up evidence of a crime.

The U.S. Supreme Court has also held that police searches of schools can’t be excessively intrusive.

It remains to be seen if the sheriff’s department that conducted the search in Georgia will experience any negative consequences resulting from its decisions to conduct a warrantless search of 900 high school students. Because the search involved pat down searches of every student, it’s likely the department could be named in a lawsuit. At the very least, it has undermined the public’s trust in its law enforcement, as well as caused hundreds of young people to possibly fear the police instead of viewing them as a source of help and support in the community.