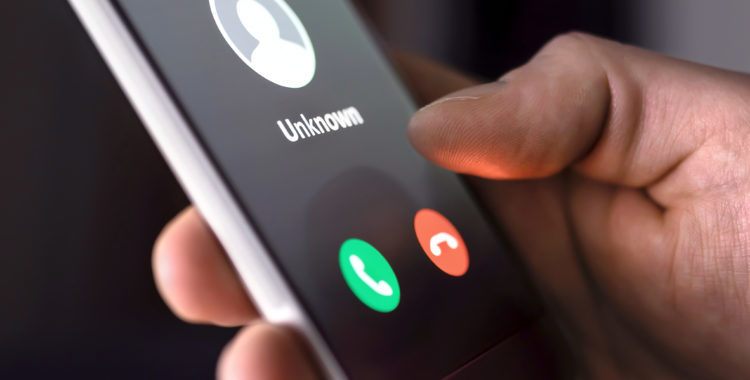 Can Making a Prank Call Get Me Arrested?

Dallas criminal defense lawyers Clint Broden and Mick Mickelsen educate the public on the consequences of making a prank call and the laws used to prosecute prank callers.

Dallas, TX / August 27, 2019 / -- Almost everyone indulges in a few youthful mistakes when they’re a teen or young adult. This might include making a prank phone call on an unsuspecting victim. While this action might not seem like serious wrongdoing, prank calls can sometimes land a caller in hot legal water.

In fact, there are several laws that police and prosecutors may use to prosecute a prank caller. While it’s safe to assume that the majority of prank calls are intended as harmless, it’s important to note that the person on the other end of the call may feel true fear or anxiety about receiving this type of call as hate crimes continue to rise.

Furthermore, hate crimes and racially or ethnically charged speech during a prank call can legitimately leave an individual of a minority group in fear for their personal safety. Perhaps the person has been the target of a hate crime in the past and the prank call triggers an emotional response from past incidents.

If a prank call contains threats that seem to target the recipient based on their race, religion, sexual orientation, or other specific identifying characteristics, a prank caller might find out the hard way that police and prosecutors often take these calls very seriously.

If you make a prank call to a recipient who is out of state, you can find yourself facing federal charges. Since the federal government regulates all telecommunications crossing state lines, state police may ask for assistance from federal investigative agencies who have more resources to investigate the motive or individual behind the call.

It goes without saying that a federal crime is almost always more serious than a state offense. This is because violating a federal statute means being charged with a felony. A felony conviction can stop you from renting an apartment, furthering your career, working in certain professions, or result in prison time.

It may sound outlandish to think of a prank call causing someone to have a felony on their criminal record, but the reality is that some prank calls can be extremely serious if they convey a certain kind of threat, or if they make the person on the receiving end of the call feel fearful for their own safety or the security of their property.

Here are just a handful of the possible laws police and prosecutors might use when bringing charges against an individual who makes a prank phone call.

Generally, a disorderly conduct charge is one that prosecutors rely on when an individual’s behavior is abusive toward another person. If the prank call conveys a threat or involves offensive or abusive language, the caller could be charged with disorderly conduct.

Many people think of prank calls as a harmless or silly joke, but ongoing and repetitive prank calls can actually rise to the level of harassment or stalking.

If the prank caller places multiple calls to the same recipient over and over again, or they call at odd hours or in a way that interferes with the recipient’s business, this can qualify as harassment or stalking under certain statutes.

Furthermore, if an individual uses their computer to make phone calls, it’s possible the police can charge the caller with cyberstalking or a computer harassment crime.

More and more crimes are occurring on social media, and some individuals may record a prank call they make in the hope of sharing the recording on social media sites. In some states, it is against the law to make a recording of a phone call without first obtaining the other participant’s consent to the recording. Prank callers who record without the other person’s knowledge may face wiretapping charges.

Unfortunately, people who identify with certain racial, ethnic, religious, or sexual orientation groups have been the targets of attacks in recent years. These horrendous hate crimes are on the rise, and police take any type of potential threat seriously.

If you call someone and harass them based on their inclusion within a minority demographic, you could be facing a hate crime charge and should speak with a Texas Hate Crimes Lawyer as soon as possible.

The bottom line is that making a prank call isn’t a smart move. These types of cases tend to get decided on a case by case basis, and it’s often difficult to predict what kind of charges, if any, an individual will face.

The best course of action is to avoid this type of behavior altogether, and for parents to warn their kids about the possible serious consequences of making prank phone calls.

If you or a loved one has been charged with a crime in connection with making a prank phone call, it’s important to take the charges seriously and have legal representation. An experienced federal criminal defense lawyer can explain your rights and help you make the best decisions in your case. Get in touch with a federal defense attorney at the Law Office of Broden & Mickelsen in Dallas today.