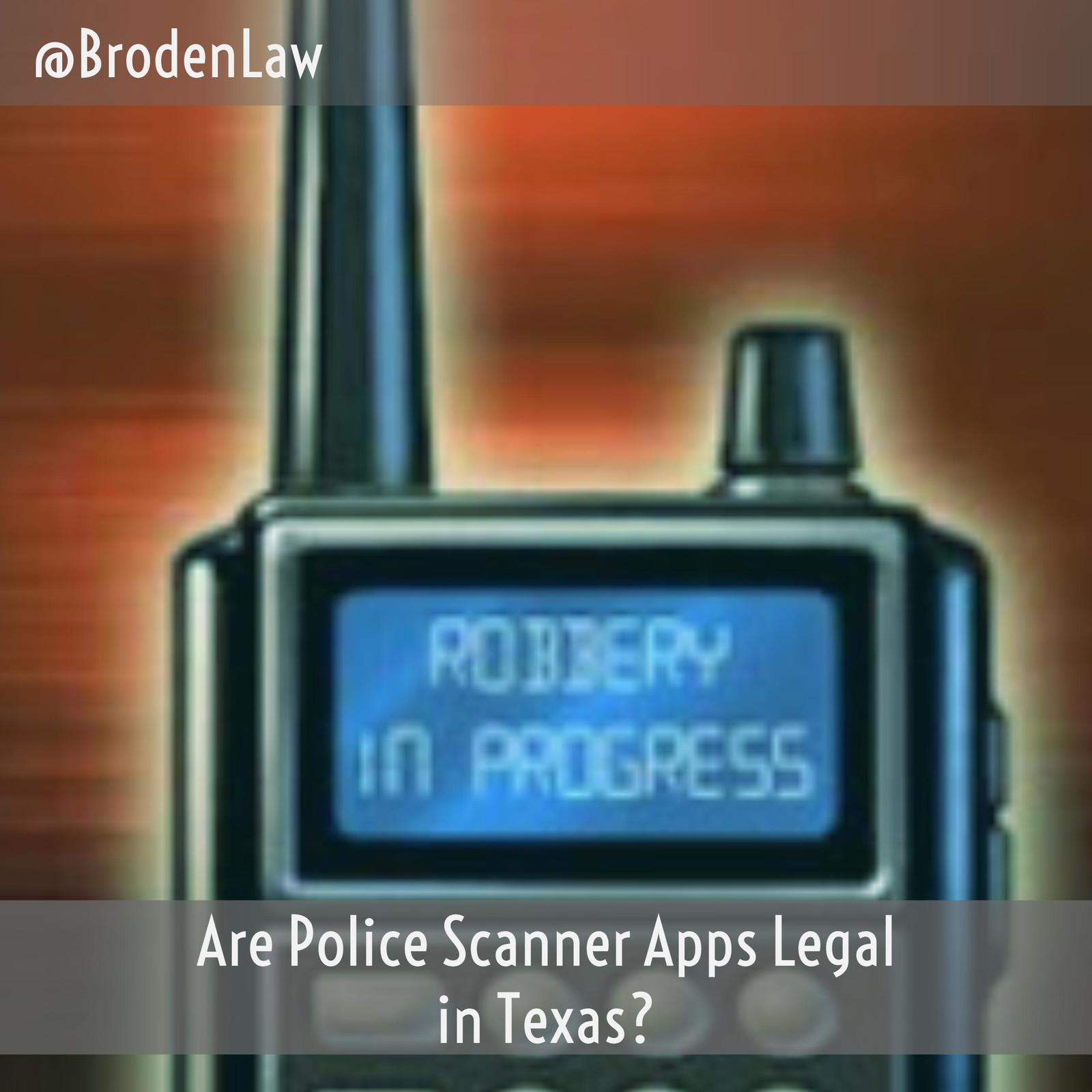 If you’re going to use a mobile police scanner app, it’s important to do so responsibly.

Police scanners have been around for years. They’re legal in nearly all 50 states, and many people use them to monitor crime in their neighborhood. Radio enthusiasts also sometimes listen in for entertainment purposes.

However, a new type of police scanner has appeared on the scene. Mobile police scanner apps are available for smartphones. With an app, you can have a police scanner in the palm of your hand — literally. Furthermore, these apps allow you to listen in on police activity in nearly any major city.

This begs the question: Are these mobile police scanner apps legal? When you take a police scanner out of your house and on the go, do the rules change?

Police Scanners Are Legal in Texas

A growing number of police departments realize that the internet has made it easy for citizens to track down frequencies and other information about police activity. Many departments have started using technology to their advantage by posting alerts about criminal activity, such as a rise in home break-ins or theft. When people are more aware of crime, they can take steps to protect themselves.

If you’re going to use a mobile police scanner app, it’s important to do so responsibly. Just because you have access to real-time police movements doesn’t mean you have the right to interfere with police activities.

It’s also against the law to use a police scanner — whether it’s a regular scanner or a mobile app — to evade the authorities. If you’re using a scanner or an app to hinder an investigation or conceal illegal activities, you could be charged with a crime.