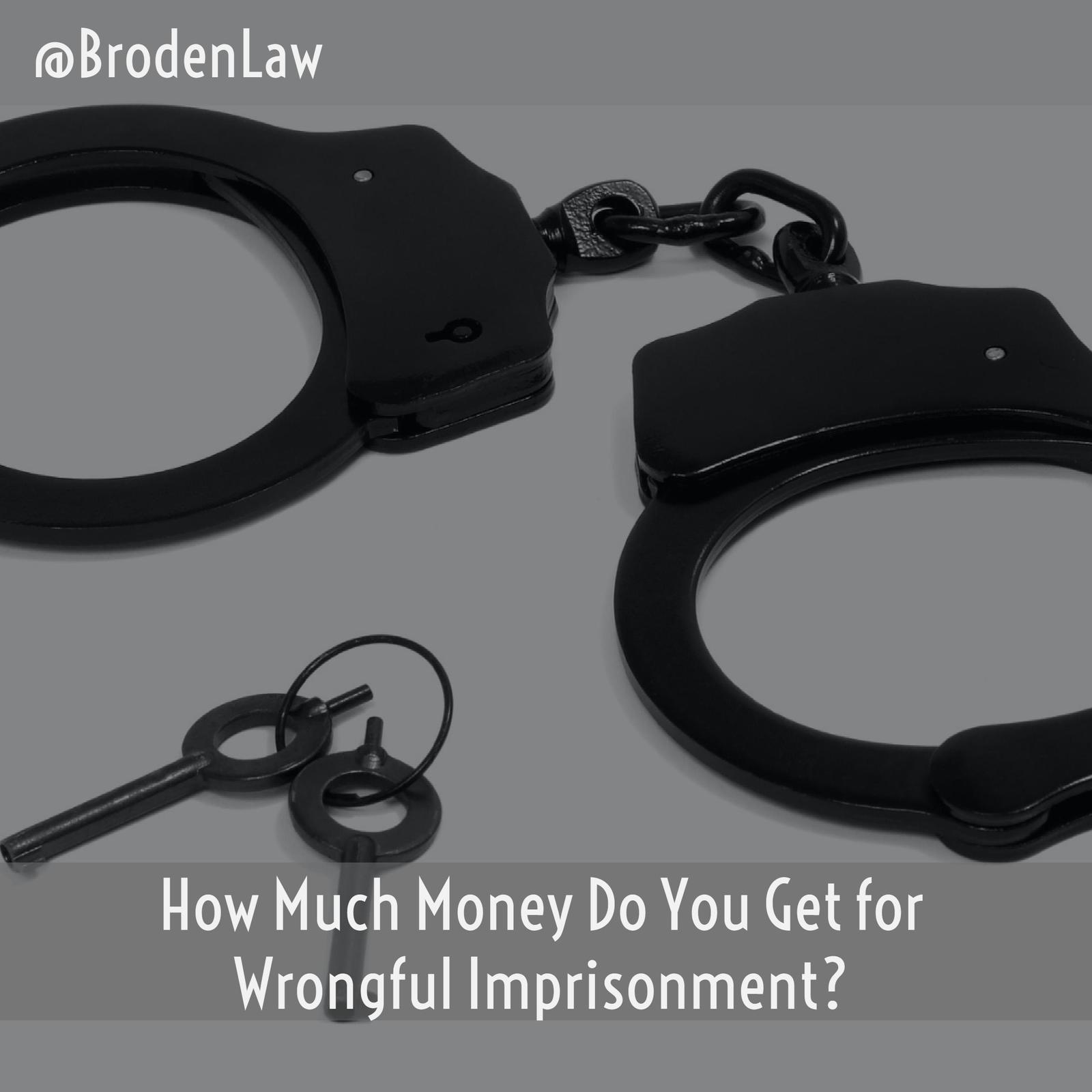 How Much Money Do You Get For Wrongful Imprisonment?

Shouldn’t the law compensate people who are put behind bars for crimes they didn’t commit?

For many people, their worst nightmare is the idea of being locked up for a crime they didn’t commit. Sadly, wrongful convictions happen — and more often than you might think. In 2015, there were 149 exonerations in the United States. In 2014, there were 139. Furthermore, the average time in prison for exoneration individuals is 14 years. Studies shows that about 1 in 25 people on death row in the U.S. are likely innocent.

This begs the question: Shouldn’t the law compensate people who are put behind bars for crimes they didn’t commit? How much money do you get for wrongful imprisonment?

The answer depends on where you live, along with a variety of other factors. It goes without saying that if you’ve been convicted of a crime you didn’t commit, you should get in touch with a Texas criminal appeals lawyer.

Compensation for Wrongful Conviction in Texas

Texas state law provides compensation for individuals who have been wrongfully convicted. Additionally, the law gives the exonerated the right to receive free group health insurance. To qualify for compensation, the person must be found innocent and must also have served all or at least some portion of the prison sentence.

Anyone wrongfully convicted of a crime in Texas and later exonerated is entitled to $80,000 per year for every year served in prison. Compared to other states with similar laws, Texas awards the most compensation to those who are wrongfully convicted and later exonerated. Some states, such as Wisconsin, pay as little as $5,000 per year. At the federal level, the exonerated are entitled to $50,000 per year in compensation for a wrongful conviction.

There is an exception in the Texas statute, however. If you were serving a concurrent sentence for a separate criminal conviction, you aren’t entitled to compensation for any years that overlap with your wrongful conviction. Additionally, people who are later found innocent of a crime are entitled to get $25,000 for every year they served parole or were forced to register as a sex offender.

There is also a retirement benefit for people who are later found innocent of criminal wrongdoing. The statute provides that people who are exonerated of crimes receive an annuity for their lifetime.

Some States Don’t Pay Compensation to the Innocent

Interestingly, “how much money do you get for wrongful imprisonment?” isn’t a question you can ask in every state. NPR did a report on which states pay money to the wrongfully convicted. You might be shocked to learn that 21 states pay nothing to those who are put behind bars for crimes they didn’t commit. In those states, the wrongfully convicted must sue the state in civil court for damages.

Were You Wrongfully Convicted? You Can Appeal Your Case

If you’ve been convicted of a crime you didn’t commit, your case is not hopeless. You can appeal your conviction, but the outcome of your case depends on the skill and experience of your lawyers. Contact a Texas criminal appeals lawyer as soon as possible to explore your options.